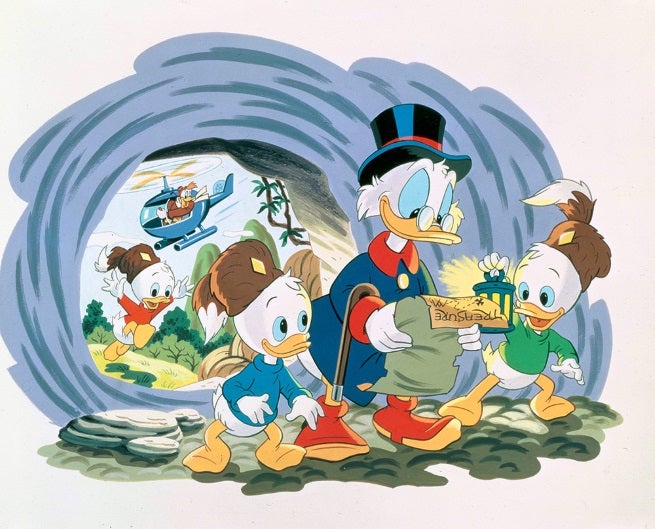 Disney XD is returning to the world of DuckTales, with a new animated series launching in 2017. The series will be based on the Emmy-winning series that ran as part of The Disney Afternoon from 1987-1990.

The series is being produced by Disney Television Animation, and will again follow the advenures of Scrooge McDuck and his grandnephews Huey, Dewey, and Louie, and Donald Duck. Plenty of other Ducktales characters are getting ready to return as well, including Duckworth, Gyro Gearloose, Launchpad McQuack, Flintheart Glomgold, Magica DeSpell & Poe, Ma Beagle and the Beagle Boys (Burger Beagle, Bouncer Beagle), Mrs. Beakley and Webbigail Vanderquack.

Marc Buhaj, Programming and General Manager at Disney XD, made the announcement, saying, "DuckTales has a special place in Disney's TV animation history, it drew its inspiration from Disney Legend Carl Barks' comic books and through its storytelling and artistic showmanship, set an enduring standard for animated entertainment that connects with both kids and adults. Our new series will bring that same energy and adventurous spirit to a new generation."

DuckTales will premiere on Disney XD in 2017.

PlayStation 5 Has Sold Over 13 Million Units