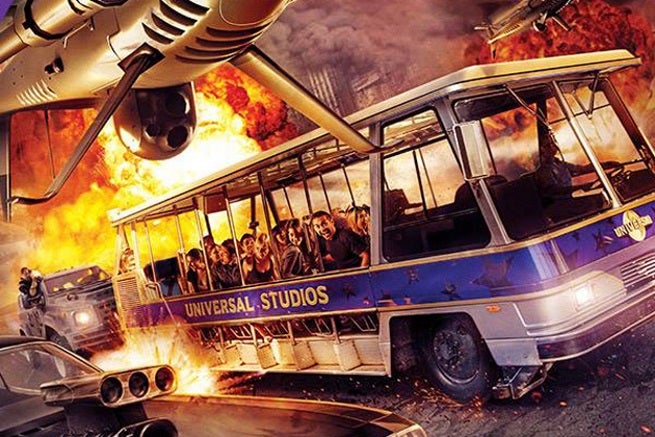 Universal Studios Hollywood will debut a 30-second ad spot for the "Fast & Furious – Supercharged" ride, opening this summer. The ride, based on the Fast & Furious movies, will be the new grand finale of the Studio Tour.

"What better place is there than the Super Bowl to launch a campaign where millions of viewers huddle for non-stop, edge-of-your-seat suspense," said Larry Kurzweil, President, Universal Studios Hollywood in a press release. "In just 30, thrilling seconds, our compelling spot resonates with the exhilaration this immersive thrill ride will deliver when it opens at Universal Studios Hollywood this summer."

The ride will also tell an original Fast & Furious story, with special effects, 3D audio system and 3D-HD imagery, all projected onto the world's longest and most expansive 360-degree screen. Spanning nearly 400 feet in length to encircle Studio Tour guests within a newly constructed 65,000-square-foot structure on the legendary backlot, the sprawling custom-built screen will employ 34, 4K projectors and a sophisticated projection configuration system to fully envelope guests in unprecedented realism.

The adventure will culminate with spectacular action sequences that send guests careening through the streets of Los Angeles—at perceived speeds in excess of 120 miles per hour.

The advertisement will air during the Super Bowl pre-game on February 1.