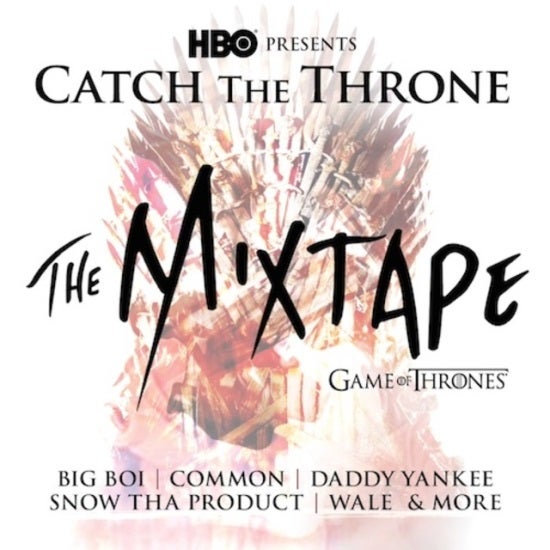 HBO has release a mixtape based on Game of Thrones, titled Catch the Throne: the Mixtape, onto SoundCloud for streaming. Each song on the mixtape is performed by a different artist, each sampling music from Game of Thrones' original soundtrack. The track list includes "Mother of Dragons" by Big Boi, "The Ladder" by Common, and "King Slayer" by Wale. This actually isn't the first rap album based on Game of Thrones to be released. Adam WarRock released an entire Game of Thrones mixtape EP, called Winter is Coming, last year. Its still available, for free, at his website. Game of Thrones Season 4 premieres on HBO Sunday, April 6.