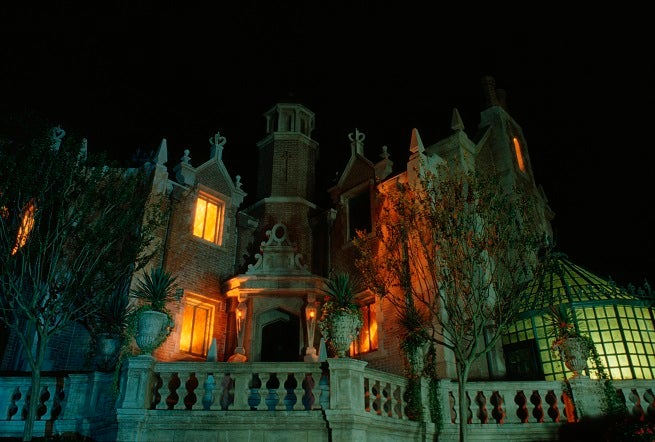 Guillermo del Toro is still working on Haunted Mansion for Disney, in spite of the fact that he'll be spending a lot of time doing Pacific Rim projects in the near future.

During a Reddit AMA conducted yesterday, he told fans that the script is a tough  one to get right, but that he's been working on it, spending time at Disney as recently as this month.

"I spent 2 weeks ago, I went back to Disneyland with the executives with whom I am developing the screenplay," del Toro said. "It's a hard screenplay to crack. We've done it a few times. We are on our third or fourth draft, with 2 different writing teams, and I think the main thing is to try to combine everything that is great about the ride into the movie, and to make it a really intense but with a sense of fun - just like the ride. It's a tough balance, and I would be happy to report if we had the screenplay. We always feel like we are very close, but not yet. We have developed 50-60 pieces of art, We've developed maquettes of the Hat Box Ghost, over the body and face of Doug Jones, but we have not succeeded yet in cracking the screenplay. I have to believe that Disney will make this movie as soon as we crack the screenplay, but until then we cannot tackle it. It is a movie I would love to direct, but I would be happy to just produce it if the timing is not right."

This will be the second recent attempt at a Haunted Mansion movie -- the first time around, comedy legend Eddie Murphy took a more humorous and family-friendly approach.