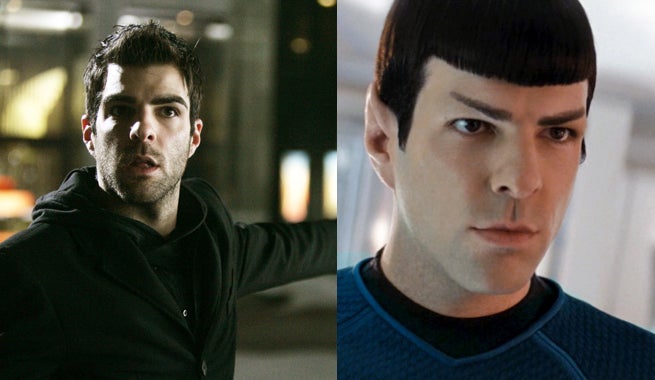 A popular actor amongst science fiction fans, many know Quinto as Spock in the new Star Trek film series. As Spock, Quinto starred in Star Trek and Star Trek: Into Darkness. He is set to reprise the role for the franchise's upcoming third installment, Star Trek Beyond.

But while he is known as one of pop culture's greatest heroes, he's also remembered as one of its most notorious villains. Quinto played the supervillain Sylar on NBC's hit show Heroes, plaguing the series' cast throughout it's four-season run.

Quinto also had a memorable run on the anthology series American Horror Story and 24. He also has an upcoming role in NBC's final season of Hannibal as Neal Frank.