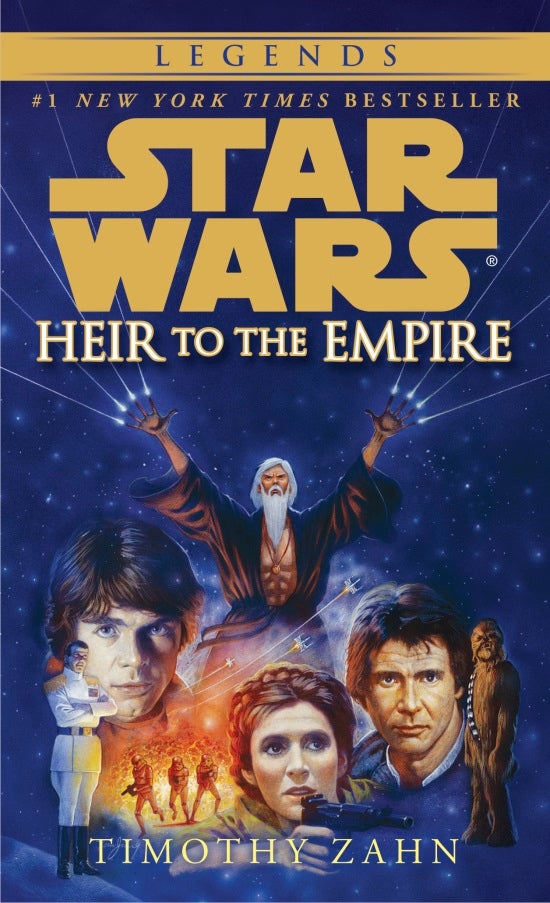 fans have been left in state of limbo concerning the state of the Star Wars expanded universe. In light of the announcement that new Star Wars films are being created that take place after the events of Return of the Jedi, fans have wanted to know what the status of the expanded universe – those Star Wars stories told outside of George Lucas' films – particularly those entries that themselves continued to tell the story of Star Wars' main heroes after Return of the Jedi. Lucasfilm has finally issued a statement on the status of those stories, saying that Episodes VII-IX of the Star Wars Saga will not tell or be based on the same story seen in post-Return of the Jedi expanded universe fiction. The statement begins by restating George Lucas' stance on the expanded universe. Lucas welcomed creators to play in the Star Wars universe all they liked, but maintained that the only true canon was what he developed in his six Star Wars films. Though he often included elements of the expanded universe in the films where it did not interfere with his own plans – the capital city's name, Coruscant, and Anakin Skywalker's scar over his eye were both introduced in the expanded universe – he always reserved the right to overturn decisions made by other creators if it conflicted with the plans he had for the films. Lucasfilm is adhering to that idea in their statement. The only Star Wars tales considering to be official canon going forward will be Episodes I-VI and The Clone Wars (which Lucas worked on). Going forward, all Star Wars fiction will be overseen by a "story group" that will maintain the continuity and integrity of the shared universe. The upcoming animated series Star Wars Rebels will be the first new addition to the canon, and a Star Wars Rebels prequel novel by John Jackson Miller will be the first new written form canon. "We have an unprecedented slate of new Star Wars entertainment on the horizon," said Lucasfilm President Kathleen Kennedy. "We're set to bring Star Wars back to the big screen, and continue the adventure through games, books, comics, and new formats that are just emerging. This future of interconnected storytelling will allow fans to explore this galaxy in deeper ways than ever before." While a little vague, the statement implies that any EU material that took place prior to Return of the Jedi will be fair game for creators to draw on going forward, but not official cannon. For example, certain elements appearing in Star War Rebels, such as The Inquisitor, the Imperial Security Bureau, and Sienar Fleet Systems, all find their origins in roleplaying game material published in the 1980s. Stories that took place after the events of Return of the Jedi, such as the EU touchstone Thrawn Trilogy that begins with Heir to Empire by Timothy Zahn, will remain in print due to their publicity. They will be printed as "Legends" stories, essentially turning the known EU future of the Star Wars universe into an alternate future whose story is now complete. Along with the statement, Lucasfilm also included a video of Star Wars creators recounting their first and favorite forays into the Star Wars expanded universe that was. You can see that video below.