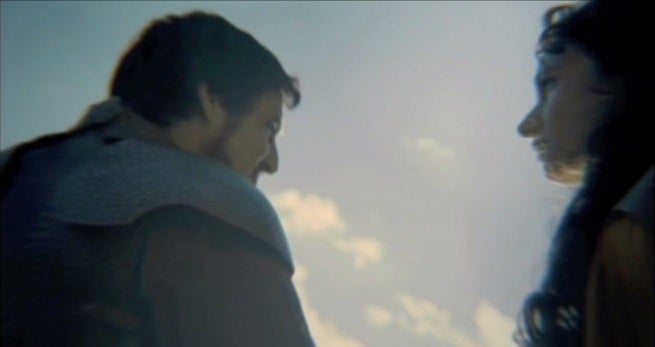 HBO has sent out two new video teasers as part of their "The Sight" viral promotion for Game of Thrones Season 5. Once again, the videos are infuriatingly difficult to capture, as they are only visible on mobile devices and disappear once viewed. However, some fans were quick enough to capture the videos using separate recording devices, and have uploaded them to the web.

As with the previous teasers, these use a lot of previously seen footage. The promotions name seems to indicate that it is meant to replicate "Greensight." Greensight is a magical ability that lets you see across space and time, into the past, present, and future. We may or may not find out more about this unusual ability, depending on whether or not rumors or Bran's exclusion from Season 5 turn out to be true.

Here the videos that we have, and what we can piece together from viewing:

Here's the second, even harder to make out, and even more vague teaser:

As mentioned, hard to make out. There may be other versions of the videos as well, perhaps mixing and matching the clips.