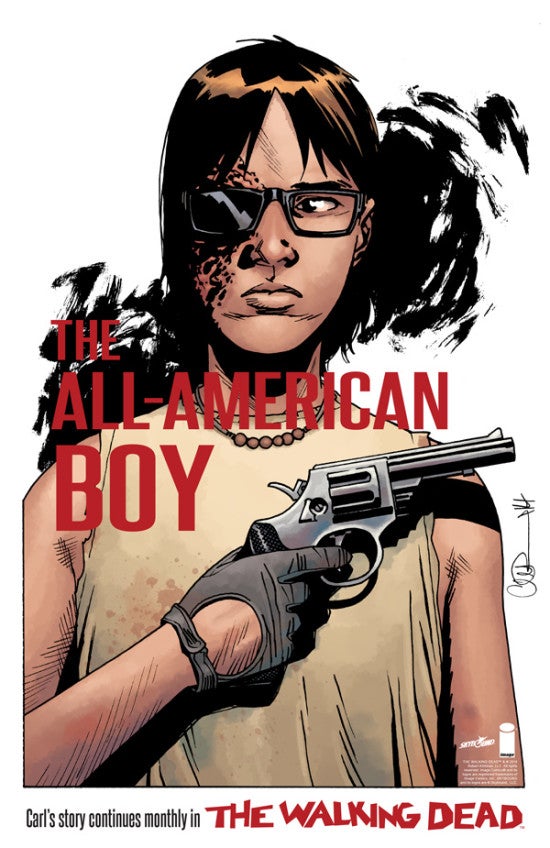 Carl Grimes is sporting a new haircut, sunglasses and, most intriguingly, what look to be Michonne's gloves in the first of a number of new cast portraits set to be released from The Walking Dead artist Charlie Adlard. Celebrating the series' "new beginning" and the two-year time jump that came with it, the portraits will give fans their first looks at the Alexandria survivors as they appear now that "All-Out War" is over. When The Walking Dead #127 hit the stands last week, we noted that it appeared as though Jesus was carrying Michonne's katana. Could the fact that Andrea is wearing a poncho be a further indication that Michonne has divested herselves of many of her trademark wardrobe and accessories? 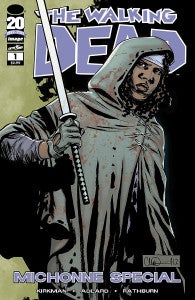 Here's the caption that came with it at the official The Walking Dead site, which will debut a new image tomorrow: Hey gang! We are rolling out some awesome promotional images Charlie and Robert cooked up to promote 127 and the new arc! We'll be posting one a day this week RIGHT HERE in this post! Up first, THE ALL-AMERICAN BOY.

The Walking Dead: A Closer Look at the New Carl From Artist Charlie Adlard