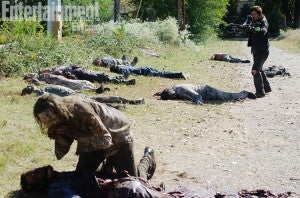 New photos have emerged from this weekend's episode of AMC's The Walking Dead, titled "This Sorrowful Life." In the images, we get glimpses of Rick and Daryl, both at the prison and seemingly somewhere else--along with a photo of a walker chowing down on a victim. While it's unclear who might be the recently-deceased, the fact that he's being eaten indicates that he is, in fact, recently deceased. Unrecognizable here, the real question is whether that's because he's chewed beyond recognition or if it's because it's simply not a character we've seen on camera. In any case, take a look at those walkers around and behind him. It looks like Daryl (and possibly others, if he's traveling with a group) have fairly cleared out an area. Could this be the next wave of the walkers the Governor planned to sic on Rick and friends in the previous episode, before Milton torched their loading area? Or something else entirely? 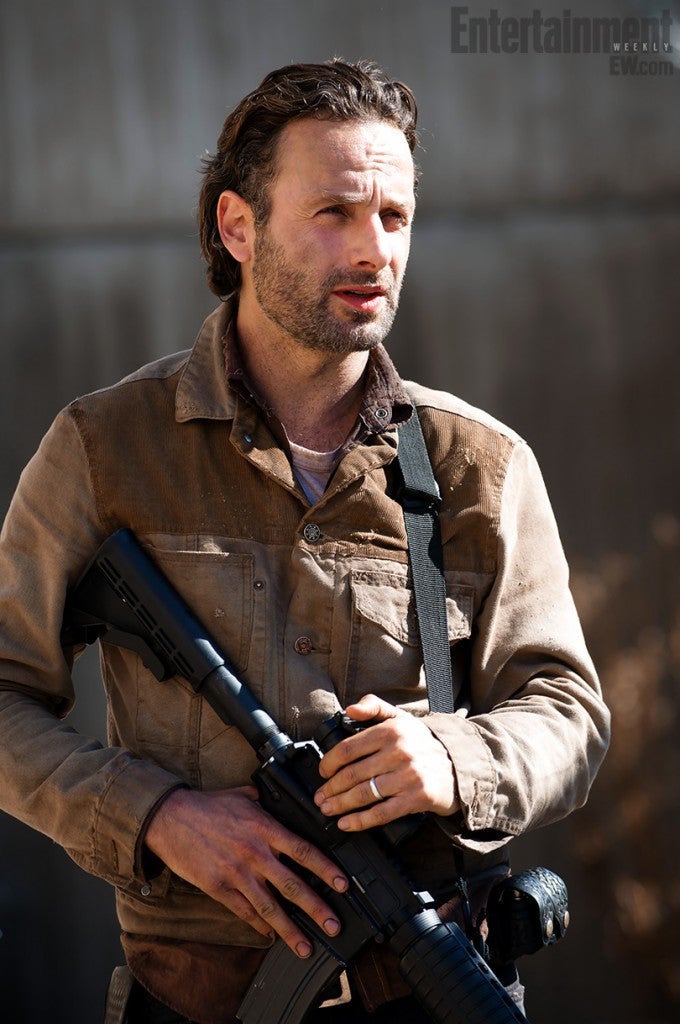 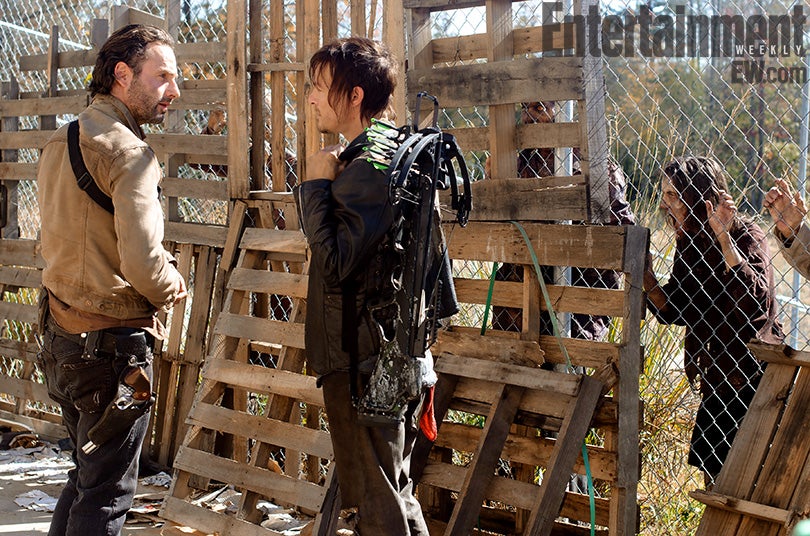