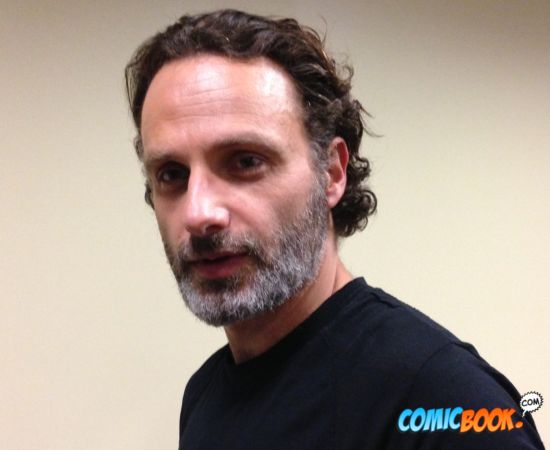 On The Walking Dead, Andrew Lincoln faces unspeakable horrors every week as Rick Grimes. However, it's the thought of appearing on another show that terrifies Lincoln. During the Walker Stalker Con, Andrew Lincoln was asked if he would ever consider hosting Saturday Night Live. "You're not the first person to sort of ask me that question," said Lincoln. "And it does fill me with absolute horror. I began on stage. My first ever role was as the Artful Dodger…and Oliver Twist. And I was hooked ever since." Lincoln added, "So look, I wouldn't rule it out. It would have to be something along the lines of maybe…Colin Firth has done some great sketches on that, hilarious sketches. But you know, you're never going to fill the boots of Christopher Walken. How good is that guy? But never say never is sort of my political answer to that." When told he would nail hosting SNL, Lincoln responded, "I'm terrified already."

The Walking Dead's Andrew Lincoln Reveals What Terrifies Him