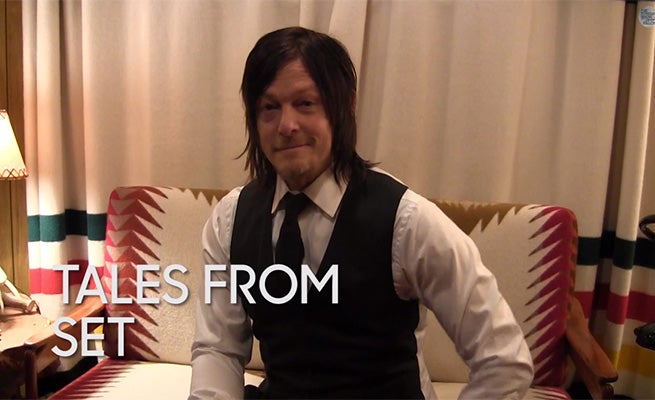 Reedus' story took place on international press day, when reporters from around the world take to the set and talk to the cast and crew. According to Reedus, he was in his trailer reading fan mail while Steven Yeun took questions outside. Reedus opened a package from a fan who said, "I read an interview with you and you seem sort of depressed, so I sent this to you." Accompanying that heartfelt note- a breast implant.

What did Reedus do with that breast implant? Well, he opened the door to his trailer, yelled, "Hey, Steven!" and threw it at Yeun. The implant bounced on the ground, Yeun screamed, the reporters screamed, and according to Reedus, "it was really funny."

You can watch and listen to Norman Reedus telling the story himself in the video below: