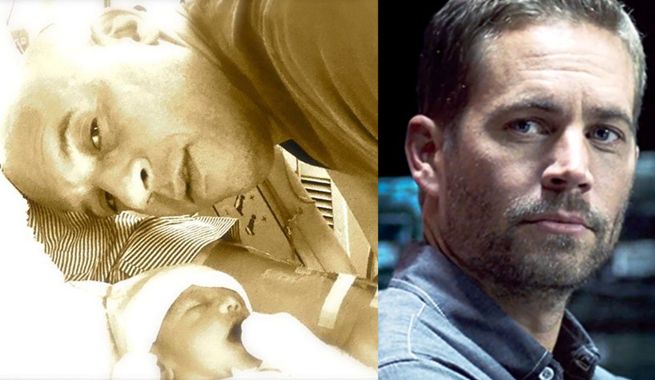 During an appearance on Today, Fast & Furious franchise star Vin Diesel revealed that he and his longtime girlfriend Paloma Jimenez named their third child, a daughter, after his late co-star Paul Walker.

"I named her Pauline," Diesel, who already has a son and a daughter with Jimenez, told Natalie Morales.

You can see the video of the interview below.

"He was in the room," Diesel said. "There's no other person that I was thinking about as I was cutting this umbilical cord. I just ... knew he was there."

Walker died in a car crash in 2013, shortly after production had started on Furious 7. He and Diesel starred in five of the franchise's films all told, and the studio will use Walker's existing footage as well as some trick photography and some work by Walker's brother in order to keep his character in the upcoming seventh installment.