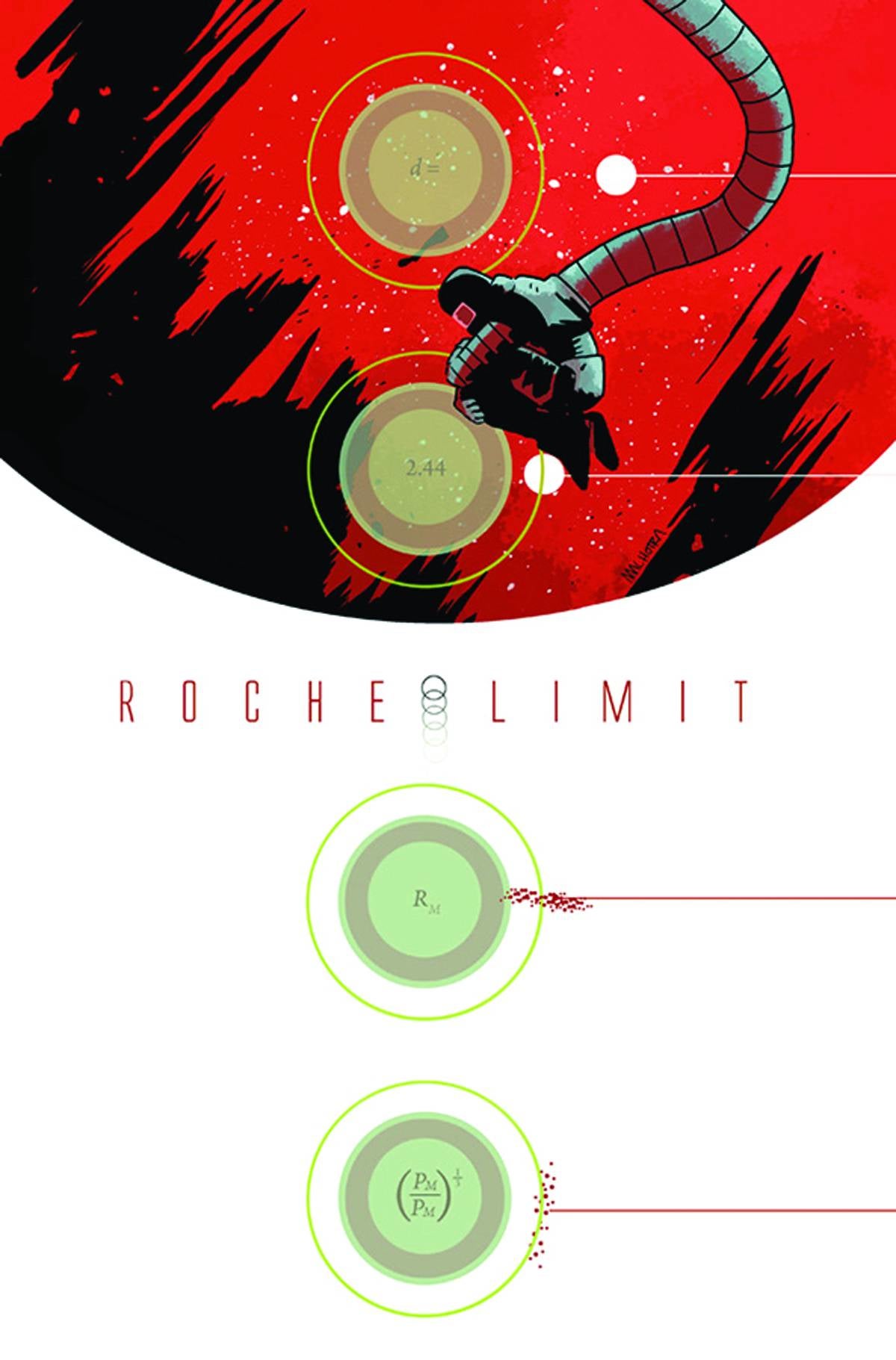 I’m a fan of science fiction. That’s probably not a shock coming from a guy who reviews comic books. Yet the reason I love the genre aren’t the high concept or fantasy fulfillment aspects; it’s the societal commentary. From Star Trek to Bladerunner, my favorite science fiction stories have always been more about the present than any potential future. That’s why I’m attracted to the world Michael Moreci and Vic Malhotra are building in Roche Limit #1. It uses the framework of science fiction to explore ideas that are pertinent today.

The opening sequence of the series creates something of a thesis for what is to come. Over the course of five pages the voice of Langford Skaargred, founder of the Roche Limit colony in outer space, ruminates about mankind’s weaknesses. Meanwhile, Malhotra starts by depicting big ideas showing space and humanity, before focusing onto the story of a single murder. In the end both the captions and images are focused on the same concept of an anomaly in space.

The sequence takes two disparate narratives and then weaves them together, first bringing them to parallel one another before they converge. It’s easy to read into Skaargred’s soliloquy as the basic themes Roche Limit will explore. The limitless potential of humanity bound up in greed and narcissism comes across in both the prose and visual language of these pages. It’s a pessimistic view of what it means to be human, and one that ends staring into a literal abyss.

The story takes place in the Roche Limit colony though, which is closer in atmosphere to The Thin Man than 2001: A Space Odyssey. The terse banter of Moreci’s dialogue and sketchy nature of the characters occupying the colony make it clear that this story could easily be set in post-prohibition New York City if not for a few fantastical elements. Most of this is presented from the point of view of an outsider, a detective looking for her sister. She’s the archetypal noir protagonist in many ways, but serves an important role in exploring this new place alongside readers.

Malhotra’s style fits this mood and setting perfectly. His line work shakes a little and provides the sense that the Roche Limit colony is built on a lackluster foundation. The cracks in society show in the art itself and provide the overcast, gritty quality found in good noir. He also captures the effects of living in space well. The anomaly and other unique factors all glow with their own unique aura. The use of a special drug only available on the colony leads to a five panel sequence that is at first ethereal, then horrifying. It’s a well constructed sequence that depicts the drug’s effects perfectly.

This introduction to Roche Limit is somewhat scattered. There are a lot of moving pieces introduced after the initial sequence and although they all occupy the same station, they don’t clearly connect to one another. Moreci and Malhotra are setting up the characters and location, which is necessary, but it doesn’t necessarily cohere into a single coherent story yet. These various plots all connect tangentially, but the issue as a whole doesn’t come together in the same way the first five pages do.

Roche Limit #1 is off to an exciting start. It blends the potential of science fiction and noir into a narrative that is capable of taking advantage of both. There is still a lot of ground to cover, but Moreci and Malhotra seem to have a clear grasp of their world and are prepared to explore both its inner workings and what they imply about humanity. Although the story introduces a place that reflects the worst in humanity, there are sparks of hope and determination. Whether this will amount to a more optimistic philosophy in the end is something I am keen to discover.