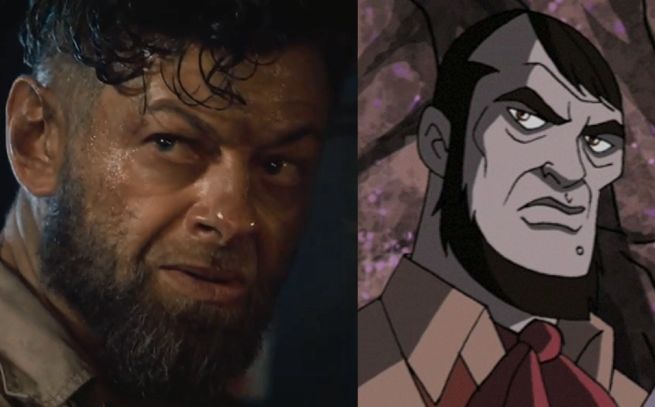 With the release of the Avengers: Age of Ultron trailer, it looks like Andy Serkis role in the film might have been revealed. It was known that Serkis was playing a role in the film in addition to being a motion capture consultant, but his role had been a secret.

Rumors had circulated that he would be playing Ulysses Klaw, and the Avengers: Age of Ultron trailer does show Serkis looking very much like the animated version of Ulysses Klaw. If Serkis is indeed Ulysses Klaw, it is important for another very big reason. Klaw is the arch-enemy of the Black Panther, which would suggest that Black Panther might be introduced in the film as well. Could Marvel Studios have cast an actor as Black Panther and managed to keep it secret during filming?

Andy Serkis Rumored To Be Playing Ulysses Klaw In Avengers: Age Of Ultron

What Does Bob Iger's New Disney Job Mean for the Marvel Cinematic Universe?

My Hero Academia Introduces The Head Of The Meta Liberation Army, Destro