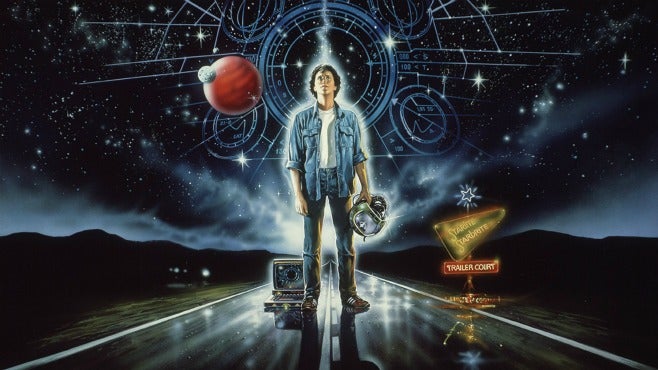 Star Wars spinoff screenwriter and hugely in-demand filmmaker Gary Whitta would like a crack at the long-discussed follow-up to the '80s cult hit The Last Starfighter.

This isn't exactly new news; Whitta, Steven Spielberg and Seth Rogen have all expressed interest in reworking the concept, which came out in 1984 from screenwriter Jonathan R. Betuel and director Nick Castle.

The problem? Apparently the rights are not for sale, at any price. Rogen tried for  years to free them up and, when he told Spielberg about his attempts, Spielberg reportedly told him that even he couldn't convince Betuel, who owns the franchise rights, to give them up.

Back in 2008, a reports emerged that a script titled simply Starfighter had been completed, but story details were fuzzy. All indications were that its story revolved around the son of the Last Starfighter, Alex Rogan, and that surviving actors from the original would reprise their roles.

It doesn't look like it's any closer to coming to fruition, though; in a new interview with Slashfilm, Whitta was asked about the project.

"Man, I wish. I’m one of a very long list of screenwriters who would kill for the opportunity to bring that back," he admitted. "It just seems like the rights are impossible to figure out. Maybe one day. If there’s one thing that movie taught me, it’s to never stop believing that anything is possible. Even in Hollywood."