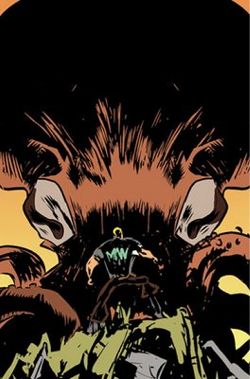 will be leaving the Las Vegas desert to explore the Pacific Ocean. According to Entertainment Weekly, the Race to Witch Mountain director signed a deal with Disney Studios to helm the film Monster Attack Network. The deal comes fresh off the huge opening weekend for Fickman’s re-imaging of 1975’s Escape to Witch Mountain. Fickman’s version took in $25 million dollars to earn the weekend’s top spot at the box office. The Disney film also had the distinction of dethroning the Watchmen movie, which lost about 67% of its opening weekend ticket sales from the week before. Watchmen earned $18.1 million over the weekend. Monster Attack Network will be based on the 2007 AIT/Planet Lar graphic novel of the same name. Written by Marc Bernardin and Adam Freeman, Monster Attack Network is about a rescue team that defends a small Pacific island from frequent attacks by sea monsters. "We're thrilled at the news," Bernardin told EW. "The fact that Disney gave our book to one of their rising stars means that they're serious about making it the ginormous [sic] monster-attacking spectacle we always hoped it would be.”