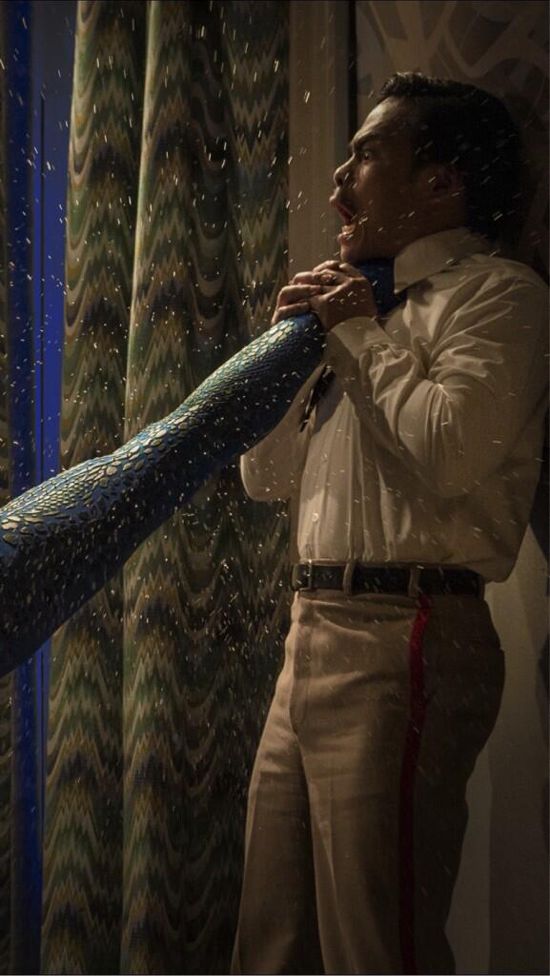 X-Men: Days Of Future Past director Bryan Singer continues to tease fans with official production photos on Twitter. His later production photo has Mystique showing off a little bit of leg, but unfortunately the guy who has her foot shoved into his neck doesn't appear to be enjoying the experience.

X-Men Days Of Future Past: Mystique Shows Some Leg