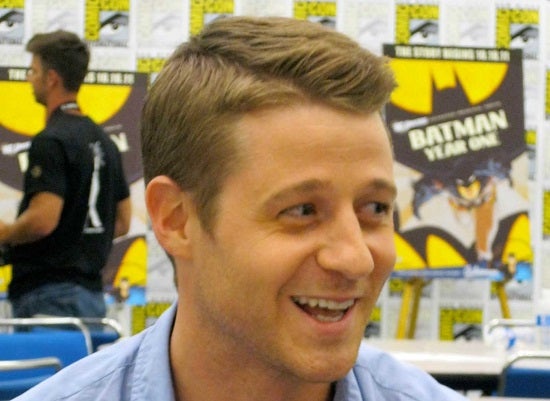 won't be Southland star Ben McKenzie's first foray into the DC Universe when the pilot debuts on FOX this fall.

In fact, McKenzie has already been to Gotham once--in the DC Universe animated feature film Batman: Year One, in which he starred as Batman opposite Breaking Bad star Bryan Cranston as a young Jim Gordon (although slightly less young than McKenzie will play on TV soon).

And the actor--whose first exposure to Batman was through the Adam West TV series--shared his thoughts on what Batman means to him back in 2011, in the run-up to the direct-to-DVD movie's release.

"I think what's special about playing Batman is you just become a 12-year-old all over again," McKenzie says in the interview embedded below. I actually watched in the afternoons when I came home from school, they still had the live-action Batman--the Adam West Batman...and I would watch that every afternoon with my little brother. This is a different Batman, but it just puts a smile on your face. You just think--oh, this is cool."

He added, "I've seen the Christopher Nolan films. I think they're just terrific and each time I see them I get interested in it again, but when you get a chance to actually be a part of something that's based on the source material, it's really exciting and it allows you to sort of experience what that character is experiencing, which is a darkly-fun take on what it would be like if you could actually fight crime--if you could actually get revenge on all of the people you think are bad people in this world, if you could exact justice in an unjust world. It's thrilling. Even to be an actor playing that part, it's really fun."

You can check out the rest of the interview, with more of his thoughts on Batman and Gotham city, below.