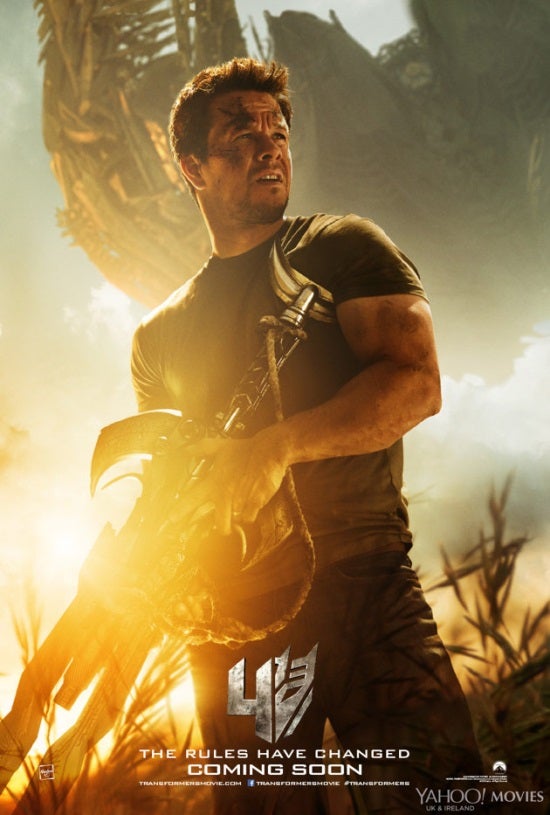 The first character poster for Transformers: Age of Extinction has been released (via Yahoo).

The poster features Mark Wahlberg, as Cade Yager, wielding what looks like an alien weapon with a massive alien ship just behind him.

Wahlberg’s Cade Yaeger is the new lead in the Transformers franchise, which features an all new human cast. Cade is a single father, farmer and inventor who, along with his daughter Tessa (Nicola Peltz), discover alien technology that makes them a target for Autobots, Decepticons, and the government.