Dark Horse has pulled back the curtain on several new covers, and Umbrella Academy and Stranger Things fans are in for a treat.

We've got your exclusive first look at new covers for Dark Horse's Stranger Things #2 and the all-new Umbrella Academy: Hotel Oblivion #1. First up is Umbrella Academy: Hotel Oblivion #1, which features the return of the fan favorite group of heroes and creative team Gerard Way and Gabriel Ba. The variant cover features a bright yellow coloring and the words Gas Panic along with a sketch of the character.

Next up is four gorgeous covers for Stranger Things #2, which catalogs the unseen journey of Will Byers in season 1. While Will does his best to avoid the Demogorgon, the resulting covers are stunning, and you can check them all out in the gallery below.

The descriptions of both books can also be located below.

"Faced with an increasing number of lunatics with superpowers eager to face off with his own wunderkind brood, Sir Reginald Hargreeves developed the ultimate solution …

Now, just a few years after death, his Umbrella Academy is scattered. Number Five is a hired gun, Kraken is stalking big game, Rumor is dealing with the wreckage of her marriage, a rotund Spaceboy runs around the streets of Tokyo, Vanya continues her physical therapy after being shot in the head—and no one wants to even mention Seance until issue #2. 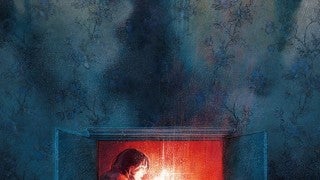 With a Netflix series soon to debut, the award-winning and best-selling superhero series returns, stranger than ever—

And their past is coming back to hunt them."

"Stuck in the mysterious Upside Down, Will Byers is cold, scared and starving. He uses his last bullet to temporarily drive away the Demogorgon. Drawing on lessons learned from D&D, Will hunts for food and supplies to prepare for whatever lies ahead. After discovering he can affect the lights in his family home, brief excitement turns to terror when he realizes he isn’t the only one that wants to break through to the other side."

- Based on Will’s unseen journey during season 1 of Netflix show Stranger Things.