We will see a Justice League Dark animated feature from DC Universe in 2017, while director Doug Liman (Bourne Identity, Edge of Tomorrow) is set to direct the live-action movie version, Dark Universe, for DC Films. While talking with IGN, Liman discussed the challenge of making Dark Universe, and why he believes that he, specifically, was brought in to do the film.

Speaking of his own reputation and filmography, Liman said, "I get asked to come in and do things that are "unconventional." If people want conventional, they don't come to me... when Warner Bros. wants to sort of turn the comic book genre on its head, they call me." 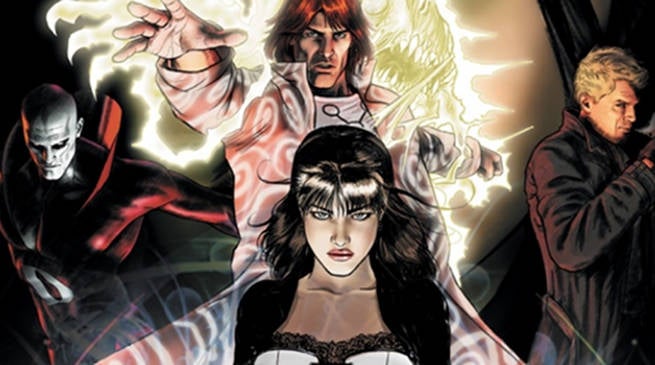 It's no secret that the DC Extended Universe gets heavily criticized for not living up to comic book fans' expectations. For many viewers (and DC/Warner Bros execs), the task in front of the DCEU is to move closer to the core essence of the comic books, so hearing that Liman is aiming to "turn the comic book genre on its head" with a DCEU movie is probably going cause more concern than excitement.

Dark Universe (and Justice League Dark) brings together fan-favorite mystical characters like John Constantine, Zatanna and Swamp-Thing for a team that defends the DC Universe from dark mystical threats. The animated feature will be a testing ground the same way the Assault on Arkham animated feature was for Suicide Squad.

From what we've seen of the Justice League Dark cartoon, the movie could be a smart combination of humor and horror; that is, if Doug Liman has that sort of "Sam Raimi" spirit in him. Edge of Tomorrow certainly took an unusual gallows humor approach to making a sci-fi/action movie, so the potential for Dark Universe are there.