DC Films really landed itself in a quagmire after the 2011 Green Lantern movie was released. That film's poor reception killed any hopes of kicking off a DC movie universe at the time - and the recovery process is still ongoing.

In fact, as the new DC Extended Universe has been unfolding, Green Lantern is one character that has had a hard time finding his place. We now know that the character(s) will be introduced to the DCEU in the Justice League films, before Green Lanterns Hal Jordan and John Stewart step out into their own Green Lantern Corps solo film.

We could go into detail about this - but we already have!

More: Why James Marsden Is a Perfect Green Lantern

The bottom line is that Marsden has both the comedic (30 Rock) and dramatic (Westworld) chops to embody Hal Jordan, and his time in the X-Men franchise gives him plenty of geek cred to cash in on.

Moonlight is currently catapulting actor Trevante Rhodes into the limelight and snagging him some great roles (The Predator reboot) - so if one of the "Big Two" superhero franchises want to get him onboard, now is the time.

DC Films could use Rhodes talents to help bolster the Green Lantern Corps movie by casting him as John Stewart.

Rhodes has the build and can easily exude the demeanor of a career military man, while providing the depth and nuances of John Stewart's stalwart character.

Kyle Rayner was known as "The Last Ring Bearer" at the time when Hal Jordan (possessed by the fear entity Parallax) nearly wiped out the Green Lantern Corps. Kyle was the sole Green Lantern in the universe for a time before the Corps was re-built.

Kyle is a sensitive artist type, and young actor Josh Peck (The Wackness) has the doe-eyed look that would be perfect for Kyle.

If you haven't ever watch Starz's show Power, then you are missing a real-life Guy Gardner in action!

As far as live-action Guy Gardners go, this is our top pick by far!

Luke Evans has been working up to a big breakout role for years now. He was quite possibly the best villain in the Fast & Furious franchise (Fast & Furious 6); played a pivotal role in The Hobbit; and also attempted to get the Universal Pictures Monster Universe off the ground by starring in Dracula Untold.

Unfortunately, none of these roles gave Evans the breakout he needed; however, Green Lantern Corps could provide him with a great anti-hero that utilizes all of his acting skill sets.

Our buddy BossLogic already illustrated what Evans would look like as Hal Jordan's mentor-turned-nemesis, Sinestro - and that visual is something we can't get out of our heads. Evans is the type of actor who could grow into a prominent figure in the DCEU, so let's get that process started.

One of the most popular new Green Lantern characters of the 21st century is Soranik Natu, a Korugarian neurosurgeon who became a Green Lantern - only to discover she is the daughter of Sinestro and his lover Arin Sur - aka the sister of Abin Sur, the alien being who gave Hal Jordan his power ring.

Natu is a wonderfully layered character, and no one could pull off her purple-skinned buzzcut look better than Ruby Rose.

Given Kilowog's stature and signature barritone voice, there are few picks better than Brad Garrett.

The Everybody Loves Raymond star is defintely big enough to make mo-cap rendering a bit easier; he's got great comedic timing; and his history with DC (voicing characters like Lobo in the animated shows) makes him fan pre-approved.

The first Green Lantern movie used some hideous CGI creations as its version of the Guardians of the Universe - and it's something that fans want to wipe from their collective memory.

There are so many talented actors of shorter stature working in the business - and few are as iconic as Warwick Davis.

Ganthet is the renegade Guardian who often sides with and aids the insubordinate and impulsive earth GLs (like Hal Jordan and Kyle Rayner); Davis has the perfect sharp wit and edge to actually embody a lively and dynamic version of Ganthet.

Nina Dobrev is another actor poised and ready for a big breakout, and after The Vampire Dairies finishes its run this year, she'll officially be ready for a new chapter to her career.

The master of the rage-fueled Red Lanterns is a compelling character: once a good, loving, husband and father - until the Guardian's Manhunters wiped out his homeworld and family.

After a failed run as a terrorist striking at the Guardians, Atrocitus forged the red rings and power battery from the blood of his former cabal, The Five Inversions. A red ring replaces the wearer's heart, filling him/her/it with nothing but unchecked rage.

In order to capture Atrocitus' snarling growl delivery, and the full range of his layered personality, we need Game of Thrones' Sean Bean.

The master of the Orange Lanterns is an unapologetic miser, driven by an insatiable greed generated by his ring.

Green Lantern comic book fans also know that Larfleeze is the comedic relief character of the GL gang, and to bring his manic and zany spirit to life onscreen, we need Jim Carrey.

What didn't work for Riddler in Batman Forever will definitely work for Larfleeze Green Lantern Corps.

The Blue Lanterns mascot of hope is Saint Walker, whose limitless optimism stands almost directly opposite of Atrocitus' rage.

Saint needs an otherworldly yet gentle soul behind his button-like eyes, and as one of the best creature/mo-cap actors around, we'd rely on Doug Jones to nail this role.

The mysterious Indigo Tribe wields the light of compassion and follows their own unique system of law, morality, and heroism.

Newton can match the exotic look of Indigo-1 and capture her mix of sensitivity and fierceness. It's basically the role she plays on Westworld, so this would be easy casting.

Here are a few suggestions. 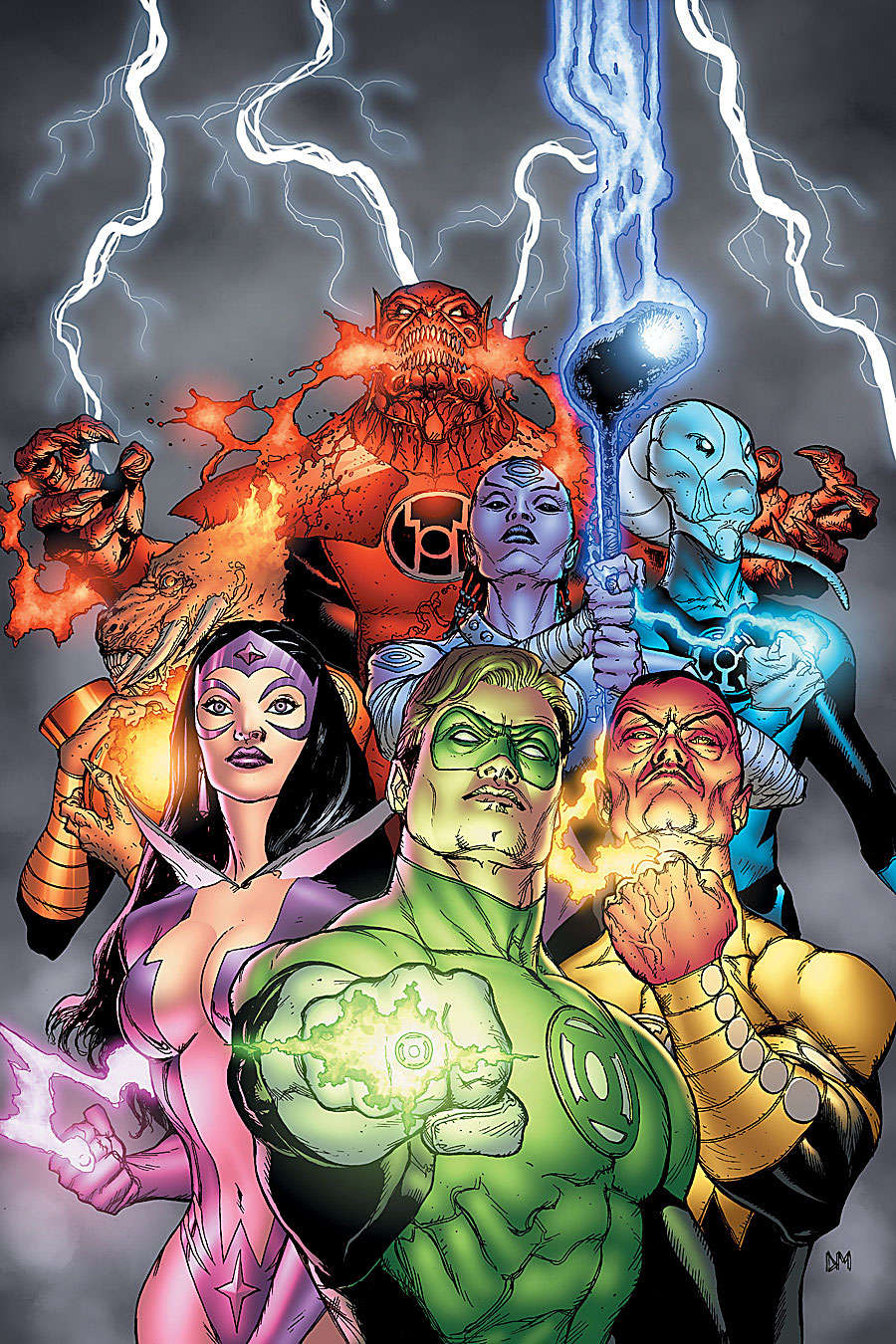