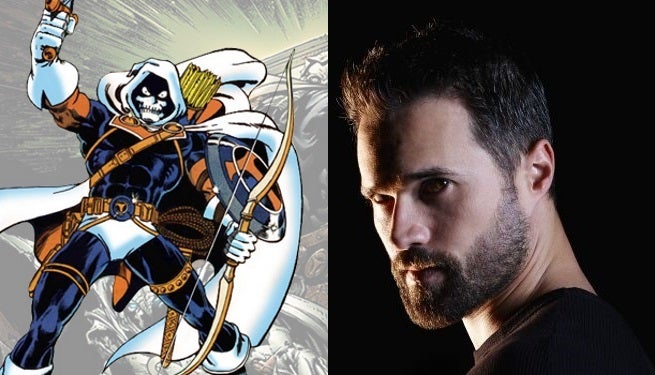 The midseason finale of Agents of S.H.I.E.L.D.'s second season finally confirmed that Agent Skye is actually Daisy "Quake" Johnson, an established character from the Marvel Comics Universe. With this confirmed, it leads us to wonder if any of the show's other primary characters could also secretly be MCU versions of established 616 characters.

Next week's S.H.I.E.L.D. #1 introduces Agents Melinda May, Jenna Simmons, and Leo Fitz to the Marvel Comics Universe. They'll join Agent Phil Coulson, who was introduced previously. One of the early clues we had about Skye's true identity was that she was not announced as being introduced in the same issue as her teammates, suggested that she actually already existed in the Marvel Comics Universe. The other Agents of S.H.I.E.L.D.character who is conspicuous by his absence is double agent Grant Ward.

Now, for Ward, there are a couple of explanations for this. One is that, like Skye, he actually already exists in the Marvel Comics Universe. We'll explore that theory further. The other is that, because of his double agent status in the television series, he'll be introduced into the Marvel Comics Universe in a different way. With viewers of Agents of S.H.I.E.L.D.already aware of his duplicitous nature, it doesn't really make sense to introduce Ward as a member of Coulson's team and simply retread the same inevitable betrayal that everyone now knows is coming, with diminished effect. Instead, he may just be introduced in an adversarial role somewhere down the line.

But what if Ward is actually a cover for another Marvel Comics personality? A quick search doesn't show us anybody in the Marvel Comics Universe with the real name Grant Ward, but the Agents of S.H.I.E.L.D.showrunners have been smart enough to change their characters' real names to avoid fans being able to easily Google their true identities, as was the case with Mike Peterson as Deathlok and Skye as Daisy Johnson's fake name.

If Ward really is someone else from the Marvel Universe, we think the best bet is Taskmaster. For those unfamiliar, Taskmaster is the man responsible for training most of the minions of the Marvel Universe, the kind of nameless, masked baddies who work from A.I.M. or Hydra. He has a unique skill referred to as "photographic reflexes." This ability allows him to learn and master the fighting style or abilities of anybody just by seeing them in action once.

Taskmaster, a creation of David Michelinie and George Perez who debuted in Avengers #195 in 1980, had a fairly forgettable position in the Marvel Universe for a long time. He was B-list villain who often took on jobs for more recognizable clients, most often the Red Skull, either performing mercenary work himself, or training up other minions. He would also often establish supervillain schools, under various fronts, and sometimes the discovery of one of these schools would give him a chance to headline a showdown with the Avengers or Spider-Man, often fighting multiple heroes to a standstill thanks to his incredible abilities.

The most defining work on Taskmaster has been done in Fred Van Lente's Taskmaster miniseries. Besides showing clear signs of what was to come in Van Lente's work on Archer & Armstrong for Valiant Comics, the series redefined Taskmaster's origin and status in the villain community. It turns out that Taskmaster was actually an S.H.I.E.L.D. sleeper agents, and the leader of the criminal organization he believed he was working for was actually his S.H.I.E.L.D. handler and wife. Taskmaster gained his abilities from injecting himself with a corrupted version of the Super Soldier serum, but a side effect to being able to remember any skillset he studies is that he can't make room in his memory for much of anything else. As a result, he lives in a constant state of amnesia.

So how is Ward possibly Taskmaster? Well, it means taking some liberties, but we know that Agents of S.H.I.E.L.D.willing to do that. Ward doesn't have Taskmaster's particular superskills, but he is a master of hand-to-hand combat and marksmanship. The midseason finale of Season 2 has left Ward adrift, without any allies. He has spent time learning and working for both S.H.I.E.L.D. and Hydra, but he has burned both of those bridges.

This puts Ward in the perfect position to become a rogue, mercenary agent, working both sides against the other. He's skilled enough to set himself up as the master trainer that Taskmaster is the comics, and even has his first student in Agent 33. The need to disguise himself to his enemies may be what leads him to take up the masked Taskmaster persona.