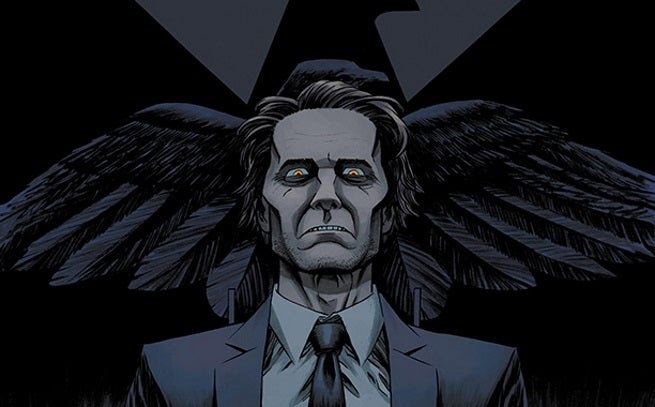 Marvel has released the next installment of their Agents of S.H.I.E.L.D."The Art of Evolution" series of artwork, this time teasing next week's episode, "One of Us."

Declan Shalvey and Jordie Bellaire's art show Agent Coulson surrounded by the supervillain "team" that Cal, Skye's father, assembles in the episode. This is the first time we've really seen villains of any kind joining forces like this in the Marvel Cinematic Universe, and Executive Producer Jeff Bell says Marvel fans will hear some familiar names in the episode.

"I would say if you are a diehard Marvel fan, there are names that you will know," Bell tells EW. "Whenever we can, we try to pull characters from the Marvel universe. And we have Drea de Matteo from The Sopranos playing the lovely lady you're seeing there on the right, and it's a really fun episode. And there's a… not darker, but more of a gothic tone to it, if that makes sense."