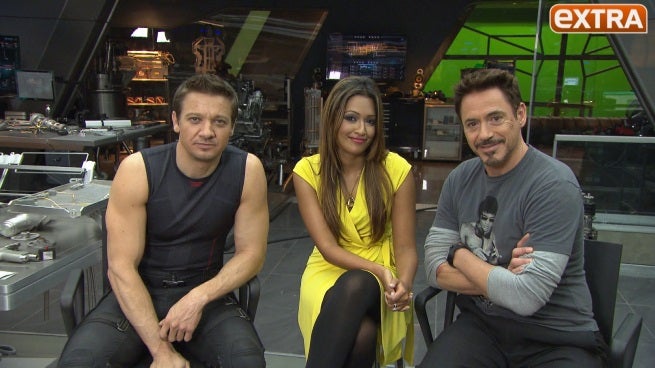 A new visit to the set of Avengers: Age of Ultron has caused some new footage to surface, and some new hints of the direction of the characters in the film.

One such hint is that Hawkeye will be playing a much more central role in the film. So central, in fact, that Iron Man had to answer the question for him!

"He's much more central," Robert Downey Jr. tells Extra of Hawkeye's role in the film. "As a matter of fact, he's the only one that Joss seems to get excited about doing stunts."