Thor: Ragnarok changes Chris Hemsworth's Thor in some pretty substantial ways, putting the God of Thunder on a very different path through the next Phase of the Marvel Cinematic Universe.

However, fans who have now seen Thor: Ragnarok in theaters may be picking up on a seemingly big error in continuity between events depicted in the Thor Threequel and the first footage from the upcoming Avengers: Infinity War. And it's definitely a problem that will require some official explanation from Marvel.

So what's the problem? Well, in the climatic fight against Hela in Thor: Ragnarok, Thor is seriously injured when Hela slashes out his right eye. Thor ends the film wearing an Odin-style eye patch as a memento of his fierce battle, and yet, in the first-look teaser for Avengers: Infinity War shown during San Diego Comic Con 2017, Thor is shown to be in one piece, with no eye injury or eye patch on his face! 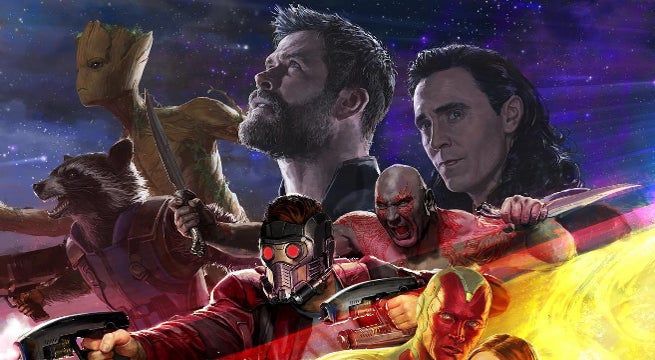 Making and marketing Marvel movies can be a very tricky thing. The continuity of a shared cinematic universe - where one event affects so many others - can sometimes make it hard to reference characters or events without spoiling major franchise developments too early.

That's all to say: it's not surprising that Avengers: Infinity War directors The Russo Brothers and Marvel Studios execs would cut to the SDCC sizzle reel without Chris Hemsworth sporting an eye patch. After all, if they had kept things 'continuity accurate,' MCU fans would've instantly spotted the change, and speculated like crazy about how it happened.

To be fair, even Thor: Ragnarok itself played some visual trickery on fans: the moment of Thor landing on Asgard's rainbow bridge with lightning crackling out of his eyes and body was shown in trailers and TV spots - but there was no evidence of the eye injury that Thor suffers shortly before that scene takes place. To quote The Wire: "It's all in the game, yo."

NEXT: How Thor: Ragnarok Sets Up Avengers: Infinity War

Did Marvel Just Change The Title Of Jessica Jones On Disney+?