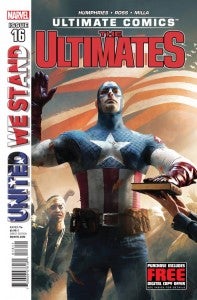 #16, out next week, will see a twist in the U.S. Presidential election that nobody could have seen coming. As seen in the preview pages below, Steve Rogers (better known to most as Captain America) will take the oath of office and step up to be the President of the United States in the Marvel Ultimate Comics Universe. Tomorrow's #15 sees Cap elected President, but whether or not he'll accept the honor is apparently left up in the air until #16, when the question seems to be answered pretty quickly and definitively. Captain America has flirted with the idea of running for President before, in a story by Roger Stern and John Byrne in Captain America#250--but ultimately decided against it, in no small part because his role as Captain America requires him to be an icon that speaks to all, and partisan politics would likely taint that image, possibly beyond repair. That was the "regular" Marvel Universe, and not someplace where the publisher would be likely to actually elect him. "This is one of those stories that could only be told in the Ultimate Comics Universe, where the only rule is simple—there are no rules." said Axel Alonso, Editor in Chief, Marvel Entertainment, in a press release. "We've seen Captain America fight wars and battle super villains, but running a country is a whole new challenge—but don't worry, this isn't about political speeches and closed door meetings. This is exactly the kind of high-octane, super powered thrill ride you'd expect from a book called The Ultimates!" In the issue, written by Sam Humphries with art by Luke Ross, Cap seems pretty comfortable making the Presidency his own, eschewing the Presidential seal in favor of the logo of a clandestine organization and flying a S.H.I.E.L.D. figher jet rather than Air Force One. It's a story that'll likely turn a few heads outside of comics, coming so close to a Presidential election. 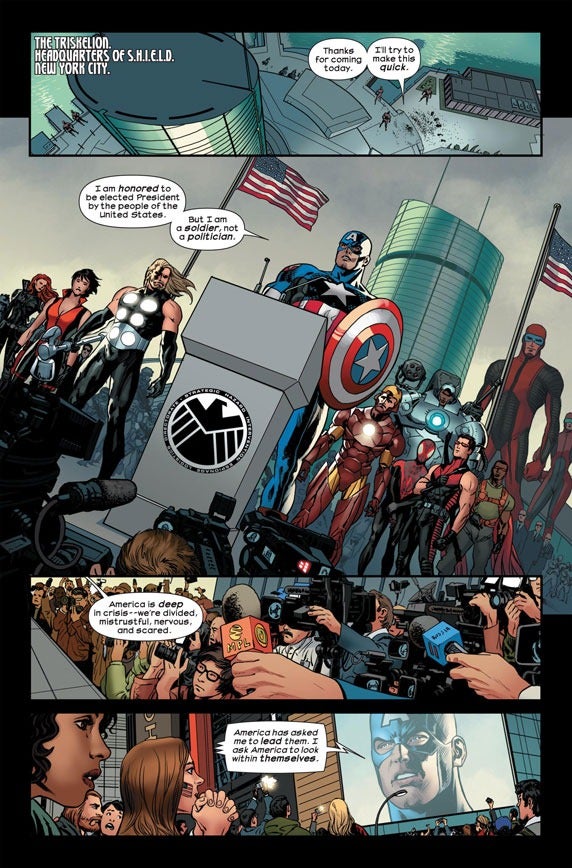 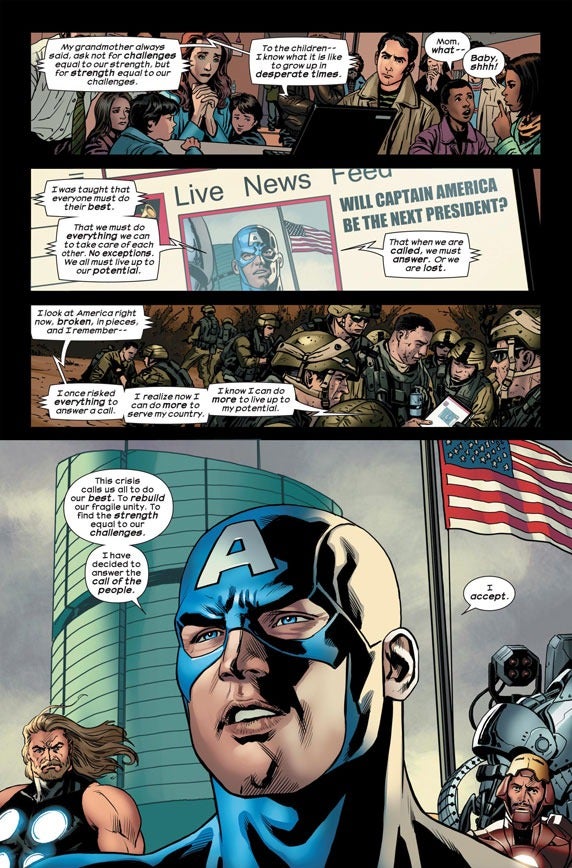 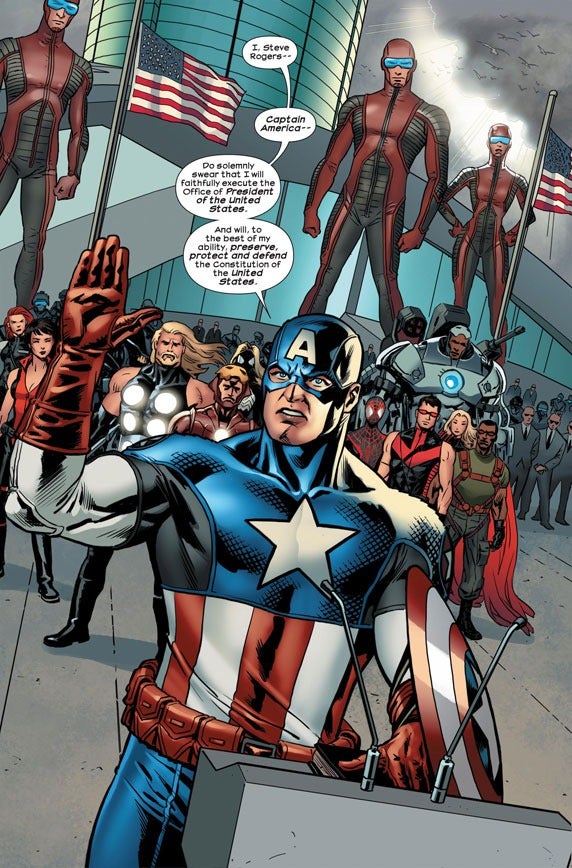 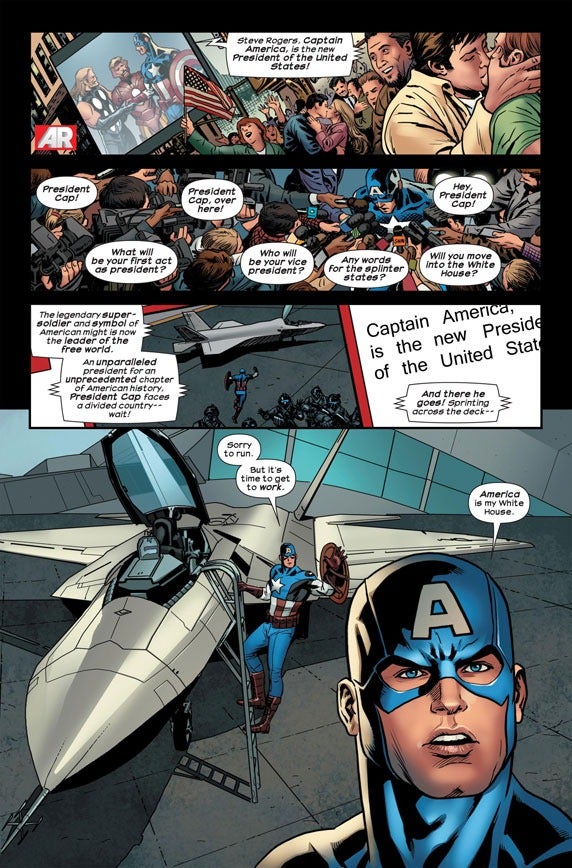