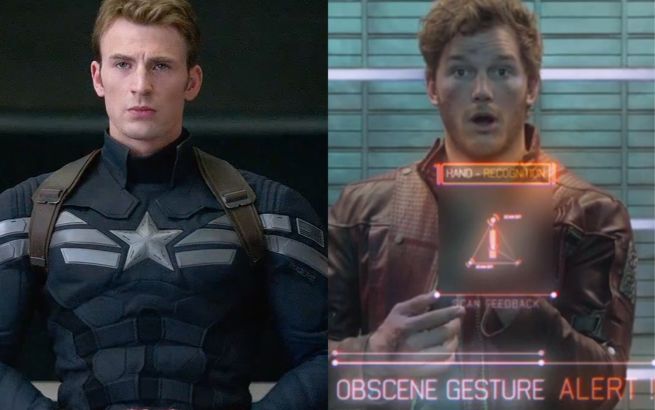 Yesterday, we reported on the light-hearted barbs being traded back and forth between Avengers star Chris Evans and Guardians of the Galaxy star Chris Pratt, who support the NFL's New England Patriots and the Seattle Seahawks respectively.

The pair had been picking on one another on Twitter, and shortly after we reported on their jokes, they upped their game.

@prattprattpratt I accept. And when the Patriots humiliate your seachickens, I expect Star-Lord to arrive at @chris_haven in a Brady jersey

Minus the travel and football elements, this is pretty common practice for both of them; Pratt famously took one of the Star-Lord costumes home after the film was complete so that he could visit kids in the hospital in character, and Evans recently made an appearance at a Boston-area hospital to visit a young fan.