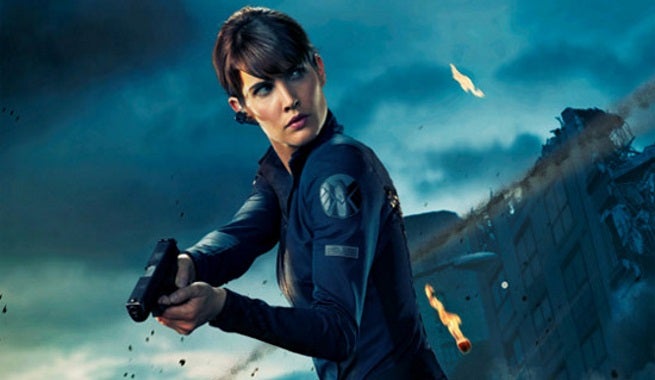 Cobie Smulders will be making an appearance on Marvel's Agents of S.H.I.E.L.D. as Maria Hill before the end of Season 2.

Smulders was a guest on Jimmy Kimmel Live, and Kimmel asked her if the demise of S.H.I.E.L.D. meant that her character would no longer be appearing in the ABC television series. Smulders revealed that she actually has an appearance "coming up," though she didn't specify when.

In addition to her Agents of S.H.I.E.L.D. Season 2 appearance, Smulders will also play Maria Hill in Avengers: Age of Ultron, opening May 1.

Cobie Smulders To Return To Agents of S.H.I.E.L.D. In Season 2