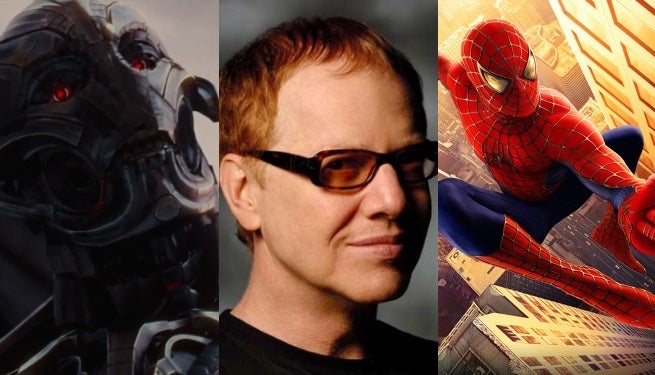 Danny Elfman will provide additional music in Avengers: Age of Ultron, as confirmed by the new movie poster released earlier today. This means that Elfman will be providing some kind of musical contribution to the film that is not part of the main score, which is being done by Brian Tyler.

There were no official specifics given, but it's possible that Elfman is responsible for the rearranged version of "I've Got No Strings" that proved to be such a popular aspect of the Avengers: Age of Ultron trailer. The foreboding, somewhat creepy rendition certainly sounded like something from Elfman's oeuvre.

However, if you want to go down the rabbit hole…Elfman did also score Sam Raimi's Spider-Man films, so perhaps they're borrowing his music from those films for a surprise scene introducing Spidey to the Marvel Cinematic Universe. That's pretty fringe, as it might be considered a little odd for Marvel to use music from the original Spider-Man trilogy rather than the Amazing Spider-Man films, which are much fresher in fans' minds, but anything is possible.