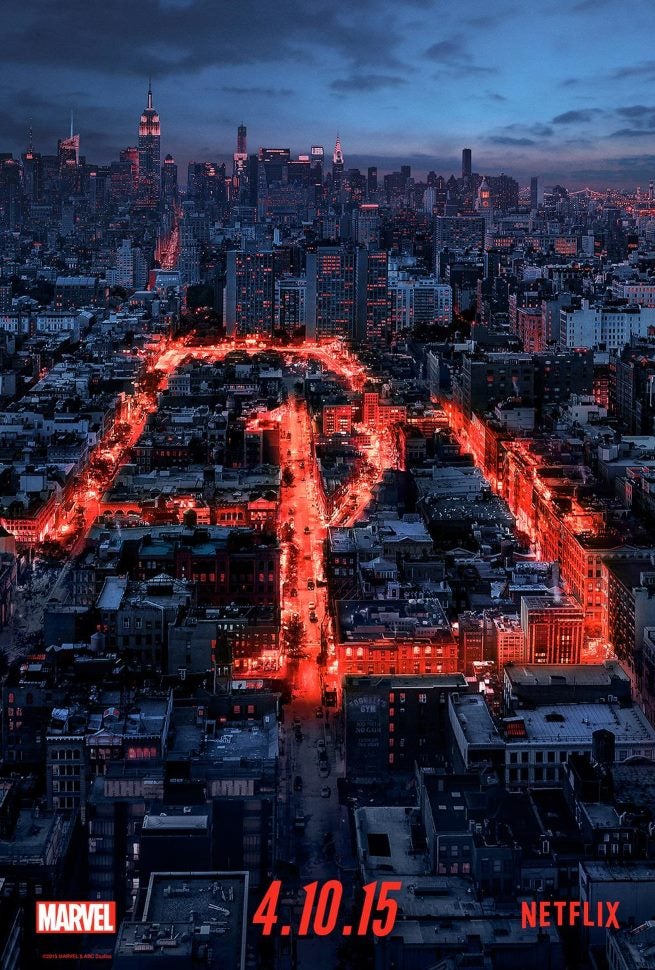 Following up on the release date announcement, Marvel has released a new motion poster for the upcoming Netflix Daredevil series.

The poster shows darkness over New York City. You can hear a heavy heartbeat as Dardevil's emblem appears over Hell's Kitchen.