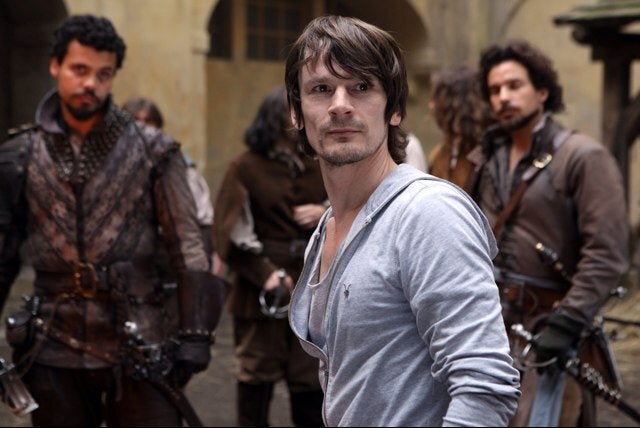 Following the show's pilot, which is likely to be directed by showrunner Steven S. DeKnight (and the fact that former showrunner Drew Goddard wrote the first two episodes), nobody knows much about the creative configuration Marvel's Daredevil.

The series, which will star Charlie Cox as Daredevil, Vincent D'Onofrio as The Kingpin and Rosario Dawson in an as-yet-undisclosed role )that sounds like it could be either Elektra, Misty Knight or Echo), hasn't yet begun production and remains fairly shrouded in mystery.

We did learn something new yesterday: The Interceptor director Farren Blackburn will direct an episode of the series.

Enjoying The Interceptor edit but so excited to reveal I will be directing an episode of Daredevil next for Marvel in New York!!

No clue which, of course, and unlike most TV series, getting a job early in the run doesn't guarantee that he'll be directing one of the early episodes since Netflix's "binge viewing" release schedule means all thirteen episodes of Marvel's Daredevil will be released at once.

"Marvel's Daredevil" follows the journey of Matt Murdock, who was blinded as a young boy but imbued with extraordinary senses, now fighting against injustice by day as a lawyer, and by night as the super hero Daredevil in modern day Hell's Kitchen, New York City.

Marvel's first original series on Netflix is Executive Produced by series Showrunner Steven S. DeKnight and Drew Goddard, along with Marvel TV's Jeph Loeb. It is the first of five planned Netflix series, including Iron Fist, Luke Cage, Jessica Jones and The Defenders.

Blackburn is best known for his work in British television, including Doctor Who and Luther.

Doctor Who's Farren Blackburn To Direct An Episode of Daredevil