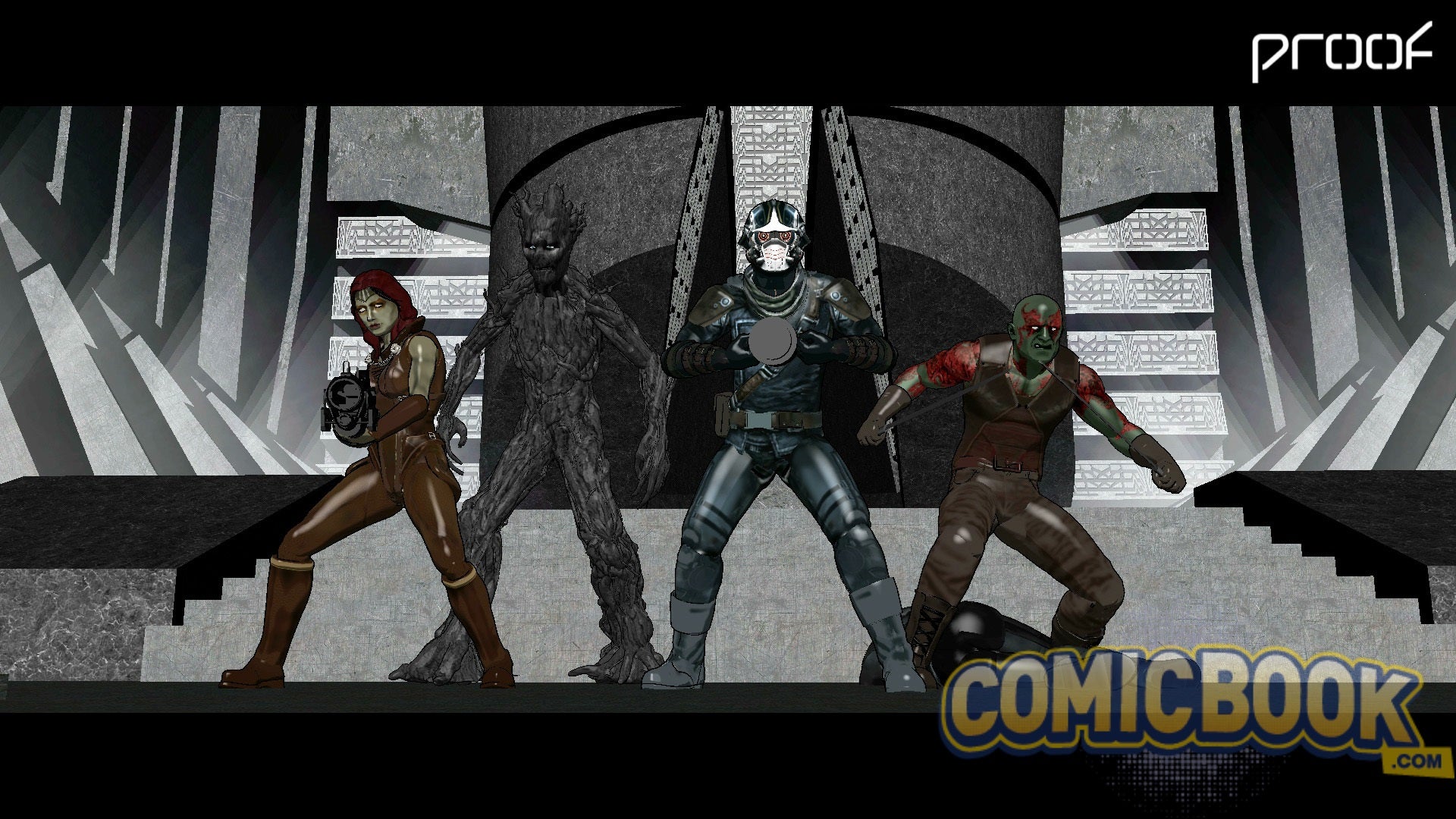 Film industry visualization house Proof Inc. provided extensive previs and postvis services on Marvel Studios' Guardians of the Galaxy. The company has released to several production images, which, interestingly, show that the Guardians, at least in the film's early stages, had costumes much more similar to their appearance in the Guardians of the Galaxy comic book written by Dan Abnett and Andy Lanning. That comic series brought the movie's lineup of Guardians together for the first time and in form much of the new film's tone and characterization.

Ron Frankel, Proof's Founder and Creative Director, said, "Our assignment on Marvel's 'Guardians of the Galaxy' was to previs several of the big action set pieces in the film. We enjoyed working closely for the past year and a half with director James Gunn to maintain his vision and make those sequences exciting. 'Guardians of the Galaxy' presented us with numerous big action sequences that have really never been done before. Full CG, high-adrenaline battle sequences that required a lot of choreography and blocking for the staging of the action. James was very good about seeing the action from the audience's point of view, and doesn't want viewers to be lost or confused by any of the action.  We really built some amazing stuff with James for Marvel's 'Guardians of the Galaxy' that we are very proud of."

Adds Earl Hibbert, Proof's Previs Supervisor on this project, "Another of the big challenges we confronted on this film was helping James to bring the characters 'Rocket' and 'Groot' to life. It was very important to James that the audience forget that these two characters were CG, and, instead, accepts them as real characters – characters that actually exist in the world of the film – because they really are the heart of the movie. As far as technical challenges, there was a lot of green screen involved in production, and most of the sets were built from scratch, so we had to make sure that the action we designed during previs would fit into the sets that were being constructed. I worked very closely with Production Designer Charlie Wood and Visual Effects Supervisor Stephane Ceretti to make sure the dimensions of our set would closely match the actual build. In this manner, the action we designed during previz could be captured on the set, while still giving James the flexibility to improvise new shots if he wanted to."

"This previs and post team was great, one of the best I've ever had. All of the sequences turned out amazing, and I had a great time working with James and Stephane. This was a big complicated film that presented some real challenges, so to see it come together the way it did was incredible," Hibbert concludes.

Adds Stephane Ceretti, VFX Supervisor on Guardians of the Galaxy, "Working with the Proof teams both in London and Los Angeles was a great experience. We started developing the sequences early in prep with our director, James Gunn, Earl Hibbert, Proof's Previs Supervisor, and the storyboard artists.  We wanted to be as prepared as possible for a fairly complex and fast paced shoot. Earl and his team did an amazing job at collecting all the information from James, the Art department and the VFX department, to come up with previs that really made sense and made a big difference in the way we prepped and shot the movie.  All of the main sequences were previsualized  before we started shooting, which allowed all departments to get a visual sense of the film and what was required to achieve it during the shoot. It was also an essential tool for the VFX vendors."

"Once back in Los Angeles, the previs team transformed into a postvis group, still spearheaded by Earl. We had a huge task ahead of us, with more than 1900 VFX shots to postvis. We could not show the movie without fully post-visualizing our two CG characters, 'Rocket' and 'Groot,' and all the spaceships and aerial effects, as well as adding in backgrounds and set extensions for many of the green screen sets.  A huge effort was put in the collaboration between James, Earl, the editors, and the VFX department to complete a version of the director's cut that would have all the shots postvised."

"All of Proof's work was invaluable to everyone involved in the project, from Prep, through Shooting, and through Post.  They were an integral part of the process," Ceretti concludes. 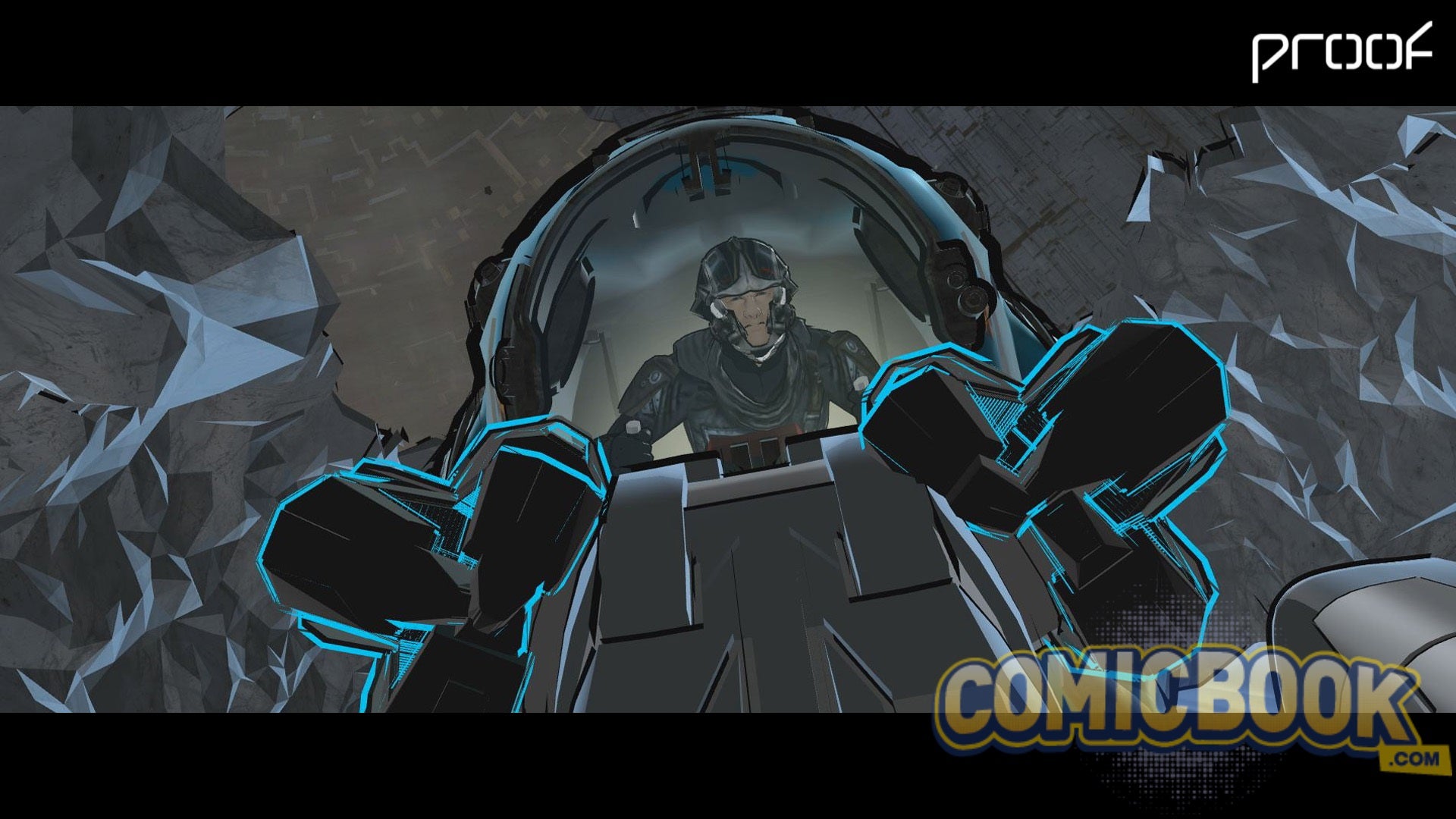 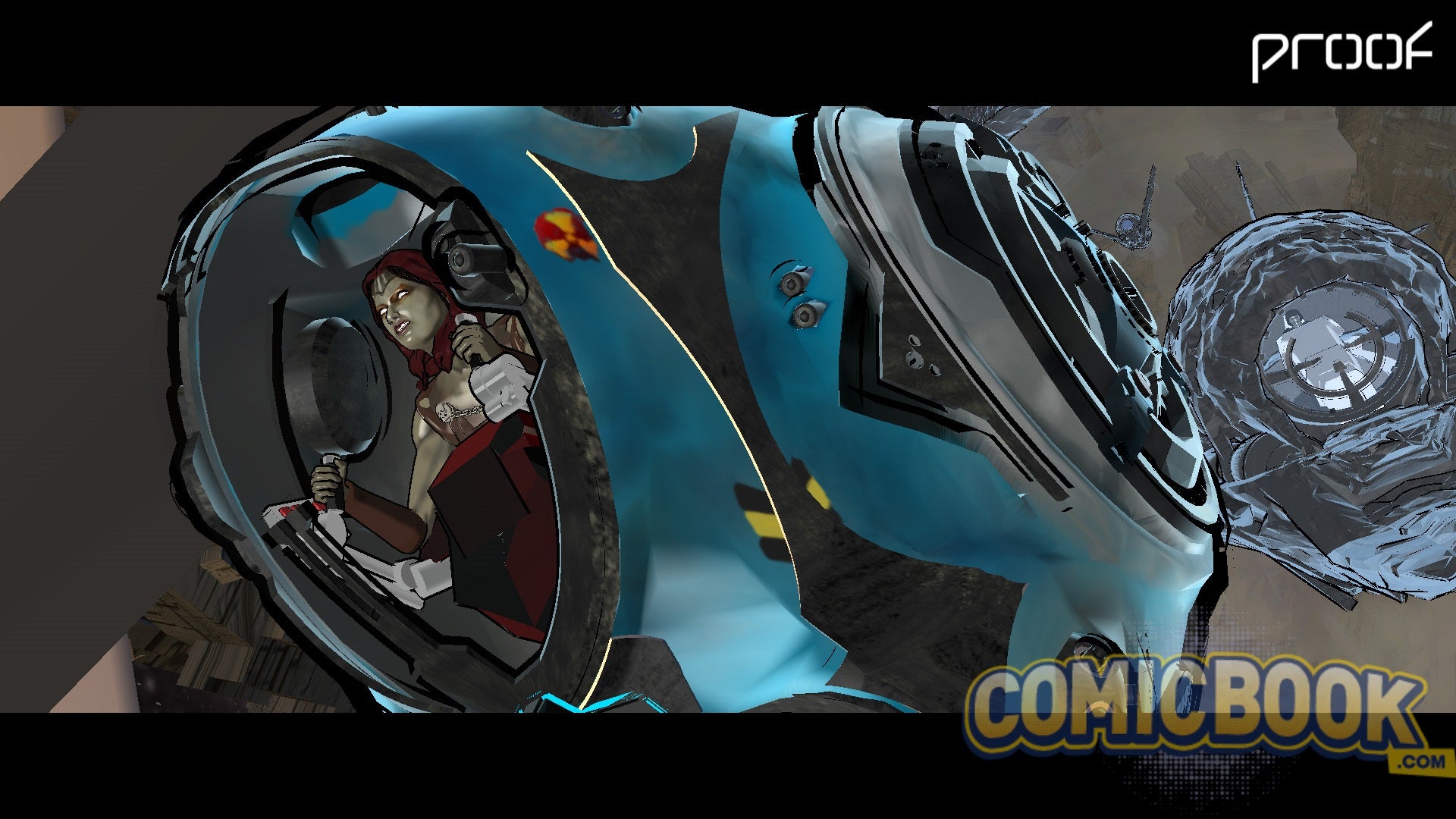 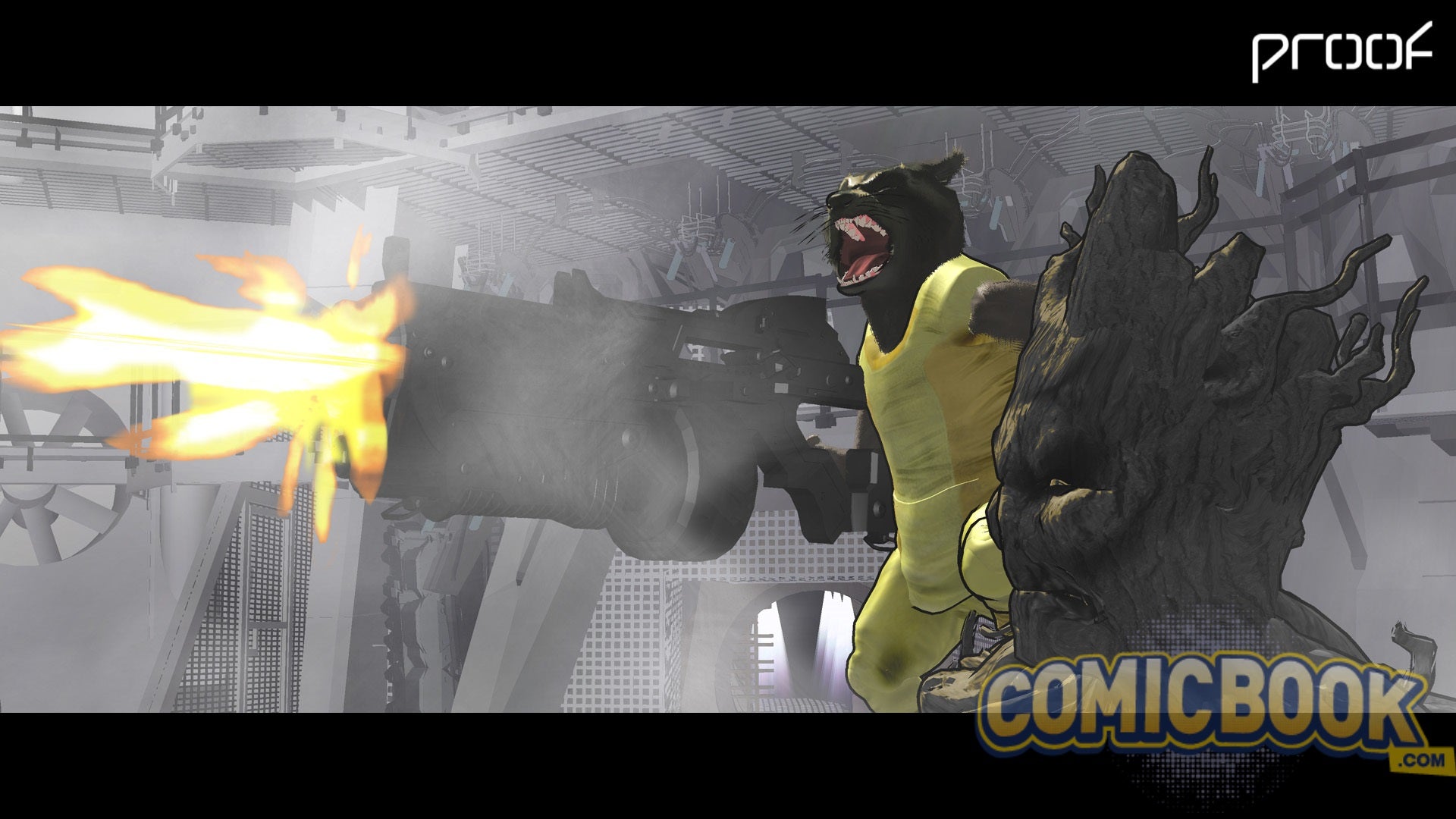 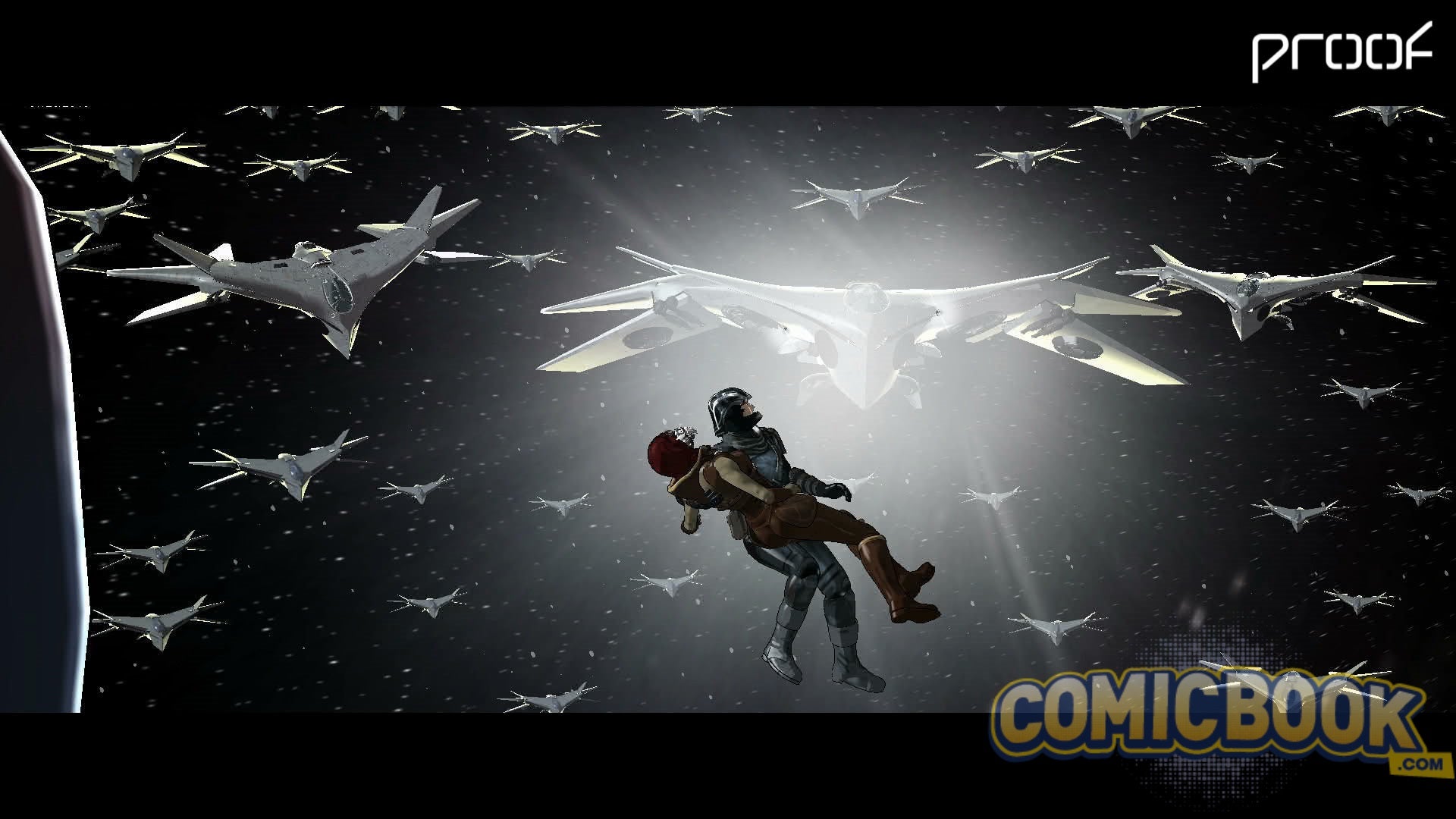 Among the action sequences for which Proof designed the previs:

The finished product can be seen in Guardians of the Galaxy, now playing in theaters.