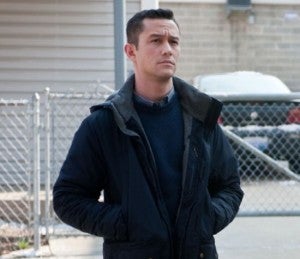 Joseph Gordon-Levitt is not only the frontrunner to play Peter Quill in Marvel Studios's Guardians of the Galaxy, but has in fact already been offered the gig, suggests Variety's Jeff Sneider. On Wednesday, Sneider tweeted, "So that mystery man in my GUARDIANS OF THE GALAXY story turned out to beHitRECordJoe, who has the Peter Quill offer, among many others..." The Dark Knight Rises star, who has been rumored to be attached to both Guardians of the Galaxy and the rumored Justice League adaptation from Warner Brothers, has remained mum on the rumors since they broke earlier this week. James Gunn, who is slated to direct Guardians of the Galaxy, has done the same. The lack of denial from either of those parties seems notable, as representatives for JGL were quick to quash Batman rumors when they surfaced recently--and Gunn has hit his Facebook to deny Guardians of the Galaxy rumors on at least two different occasions. Gunn has in the past, however, maintained that casting rumors circulating in the media should generally be ignored and that when there's a decision made on the film, the news will come form Marvel.

Has Joseph Gordon-Levitt Already Been Offered Guardians of the Galaxy?