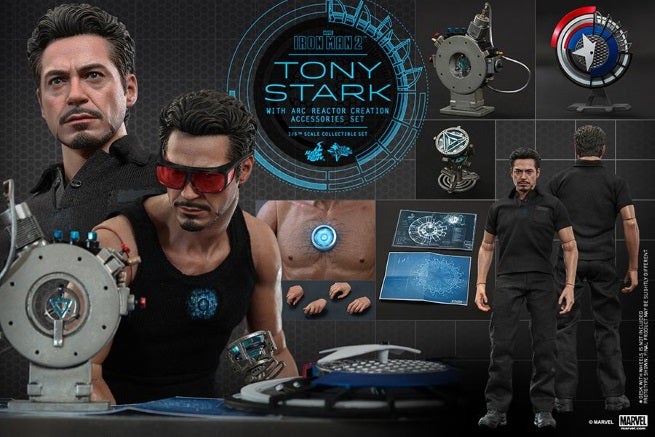 The toy features removable clothes and accessories based on item's from Tony Stark's lab in Iron Man 2. Here's a description from the Hot Toys Facebook page:

This is the second figure based on the film version of Tony Stark that Hot Toys has announced this week. Previously, they revealed the new Iron Man Mark XLIII armor, with a new figure based on Iron Man's new armor debuting in Avengers: Age of Ultron.