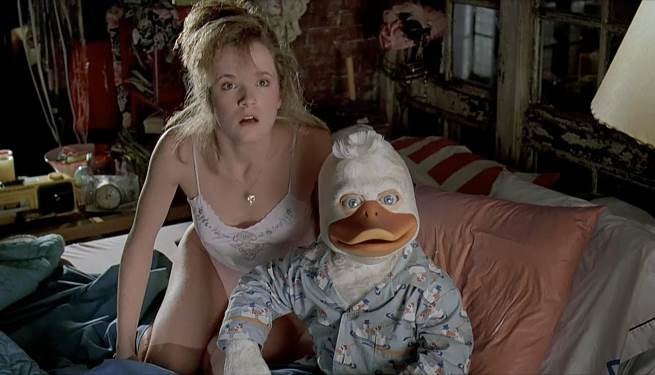 Following his cameo appearance in Guardians of the Galaxy's post-credits scene, Howard the Duck has seen a resurgence in popularity. He's got a brand new ongoing comic book series debuting this week, and now some fans are wondering if a new movie could be on the horizon.

The original Howard the Duck movie came after Steve Gerber's creation became a counter culture to pop culture phenomenon, but the film was generally panned by critics. Still, it's considered a cult classic in some circles.

During an appearance on the Vintage Sound Tony podcast, Back to the Future and Switched at Birth star Lea Thompson, who played Beverly Switzler in the original Howard the Duck film, talked about the possibility of her returning for a new Howard the Duck movie.

"I think they would stay as far away from me as possible," Thompson says. "They would probably want to reinvent the franchise. I think they wish that movie would go away, so that they could do it again without all the hoopla about Howard the Duck. But so many people love that movie, I'm not embarrassed about it."

Marvel hasn't' announced any plans for expanding Howard's role in the Marvel Cinematic Universe, but Thompson is clearly a fan of the character, saying she has all of his original comics, so she'd probably be up for a least a fun cameo if Marvel came calling.