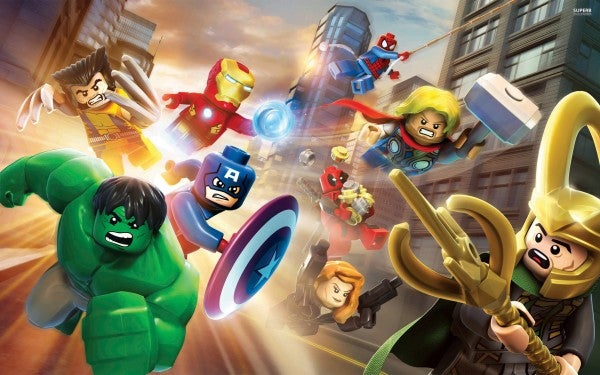 Don't expect to see Marvel superheroes fighting alongside their DC Comics brethren in the upcoming sequel to The LEGO Movie.

You can check out the video from ComingSoon.net embedded below.

While they stopped short of actually saying there was no chance of using Marvel characters in the sequel, The LEGO Movie directors Phil Lord and Chris Miller, asked about the prospects, here's what they said:

Phil Lord: "Marvel seems to be doing fine on their own."

Phil: "It's really hard to convince a company, especially business affairs, to do something, because it would be cool or fun. It takes a lot of effort."

Chris: "And then (in) 'The LEGO Movie," definitely, there were a lot of behind the scenes legal and business affairs wrangling to get a lot of the stuff we had in that one."

Phil: "We hope so. Hopefully it will be like another Roger Rabbit situation where, 'Of course, we'd love to be a part of this,' but who knows?"

Of course, it was Disney who was making Who Framed Roger Rabbit? when LEGO Movie producer Warner Bros. loaned the Looney Tunes to make cameos in the film.

This isn't the first time Lord and Miller have been quizzed about Marvel; The pair were fan-favorites to direct Ant-Man once Edgar Wright left that film, but they told an interviewer that if Wright wasn't going to do it, then Marvel should give the movie a break and try again later.

The as-yet-untitled LEGO Movie sequel will be in theaters on May 26, 2017.