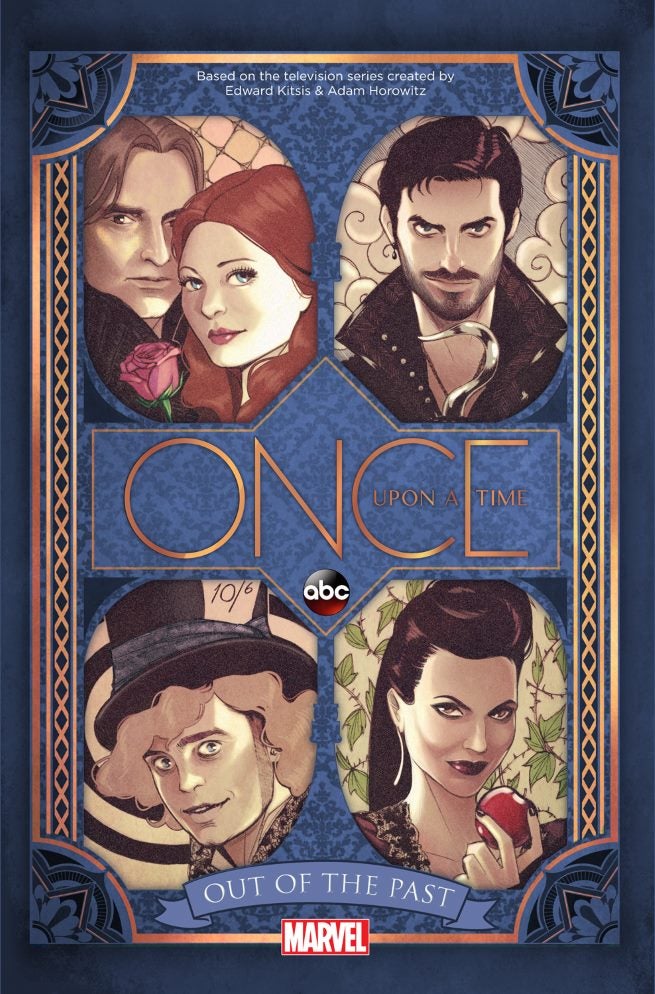 After releasing multiple teaser images, Marvel and ABC have announced a new Once Upon a Time graphic novel. Once Upon a Time: Out of the Past will release in bookstores and comic shops on April 1.

Once Upon a Time: Out of the Past will dive into the origins of several of the characters from the ABC series, including the beginnings of Rumplestiltskin's and Belle's romance, going back to when Belle was just a servant in Rumplestiltskin's castle. The graphic novel will also travel to the Enchanted Forest, where Evil Queen, Regina, wrestles with her demons, and to Wonderland, to see why Jefferson, the Mad Hatter, locked away his hat.

The graphic novel will feature writing by Kalinda Vasquez and Corinna Bechko, and art by Janet Lee, Pascal Campion, Venessa Del Rey, and Betsy Peterschmidt, with a cover by Stacey Lee.

Once Upon a Time: Out of the Past goes on sale April 1.

Marvel And ABC Announce Once Upon A Time: Out Of The Past Graphic Novel