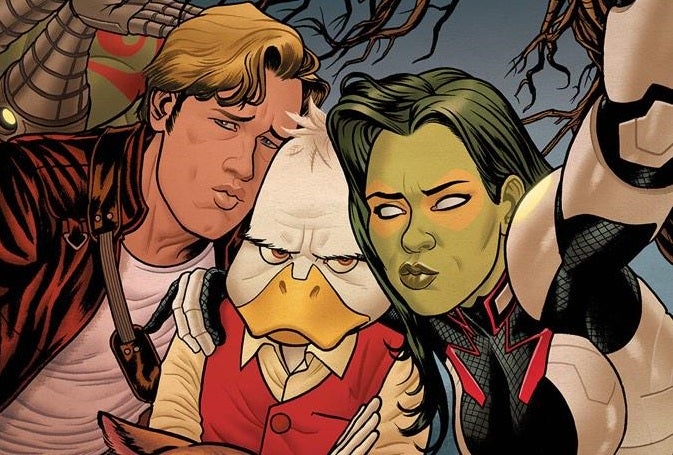 Apparently returning the favor for his movie cameo, Howard the Duck is inviting the Guardians of the Galaxy into his newly-launched comics title soon.

Taking the idea of the "selfie variants" that DC Comics did a while back to the next logical step, the cosmic superteam are guesting on the Howard the Duck #2 cover...and all of them are making "duck faces."

Most especially Drax, who apparently is having some issues sorting out the metaphor and instead of pursing his lips, has simulated Howard's bill with his hands.

You can see the full cover in a tweet from Marvel's Axel Alonso below:

What the DUCK!?! Cover to @zdarsky & @Joe_Quinones' HOWARD THE DUCK #2. pic.twitter.com/vEq1fhmn4y

The cover comes courtesy Chip Zdarsky and Joe Quinones, and will be available in April.

New Howard The Duck Cover Features The Guardians Of The Galaxy