Marvel is finally bringing a long-awaited adaptation of a fan-favorite comic book series to life in its Hulu debut, and the cast is finally getting the spotlight ahead of its premiere later this month.

New character posters for Marvel's Runaways have found a home online, featuring Gert, Nico, Molly, and the rest of the gang in a way that highlights their unique offerings to the fledgling team.

In Marvel's Runaways, six teens who were driven a part by tragedy finally come together on the anniversary of their friend's death… only to learn that their parents might be evil supervillains. 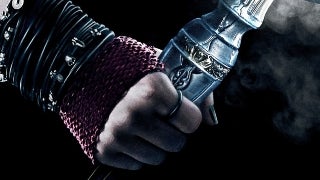 The show is a fun take on the source material, while fleshing it out in new and exciting ways and updating the sensibilities for a modern audience. It's a refreshing take on the cult-classic comic book and is a strong first step for Marvel Television on Hulu (check out our review for more).

For those who are worried about the Stephanie Savage's and Josh Schwartz's series not accurately capturing the comic book, don't be. The show contains aliens, dinosaurs, and ritualistic human sacrifices that were present in the original run by Brian K. Vaughan, Adrian Alphona, and Christina Strain.

Molly sees a major change to her character and origin, part of which is because the show can't exactly use the word (or concept of) "mutants," but it ends up allowing the story to take new and exciting directions.

The show also makes major changes to the story of The Pride, the moniker for the villainous cabal of parents who bring their children together. In the series, their motivations extend beyond the "take over Los Angeles and become immortal" doldrums of the original series, instead painting the adults in a morally ambiguous light.

We'll learn more about Marvel's Runaways when the first three episodes of the series premiere on Hulu on Wednesday, November 21.