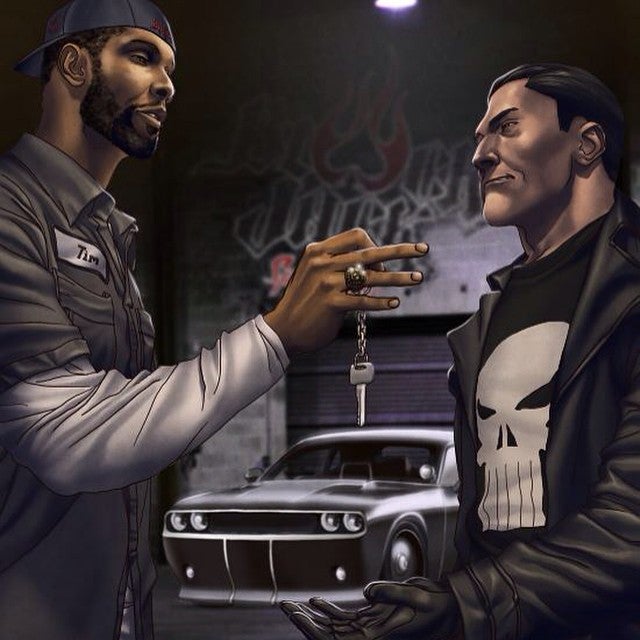 NBA star Tim Duncan will appear on a special variant cover for Marvel's The Punisher series (via Spurs Nation).

The first image from the issue, created by Mike Choi, was posted onto the Facebook page of Tim Duncan's custom car shop, BlackJack Speed Shop. The post also mentions that Duncan and his team at BlackJack would be building a replica of the Dodge Challenger seen in the issue to be auctioned off for a local San Antonio charity.

Duncan is known to be a fan of the Punisher, having worn a knee brace bearing the Punisher's iconic skull logo during play.

The issue will hit comic book stores on October 25.