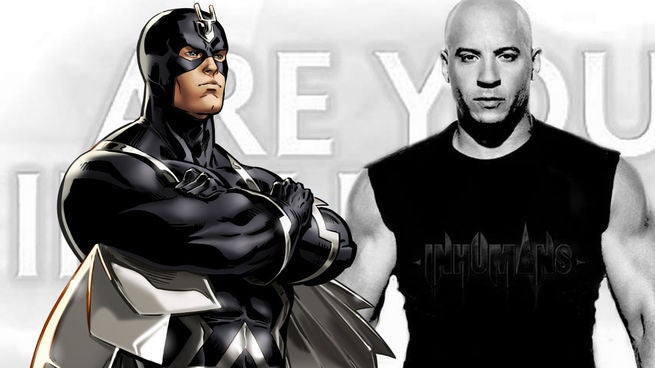 Vin Diesel loves dropping hints at his future movie roles, and today it looks like we might have one of the most overt ones yet! Diesel today posted the below image as his new Facebook cover photo featuring the actor standing in front of the phrase "Are You Inhuman" with the Inhumans logo on his shirt. 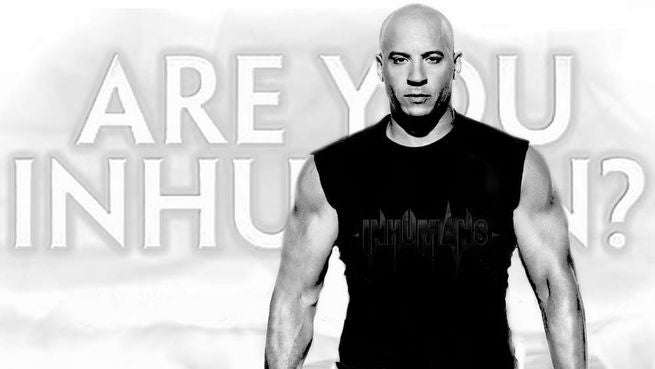 There is, of course, reason to be skeptical: Robert Downey, Jr. frequently posts fan-made manipulations to his Facebook page only to have them become "news" online because they come from an "official" source and are added without comment. Diesel himself did this at one point, posting an image of himself as The Vision that a fan had created when it was known he was "in talks" with Marvel. This teaser however, takes inspiration from a Marvel Comics teaser campaign for Inhumanity. 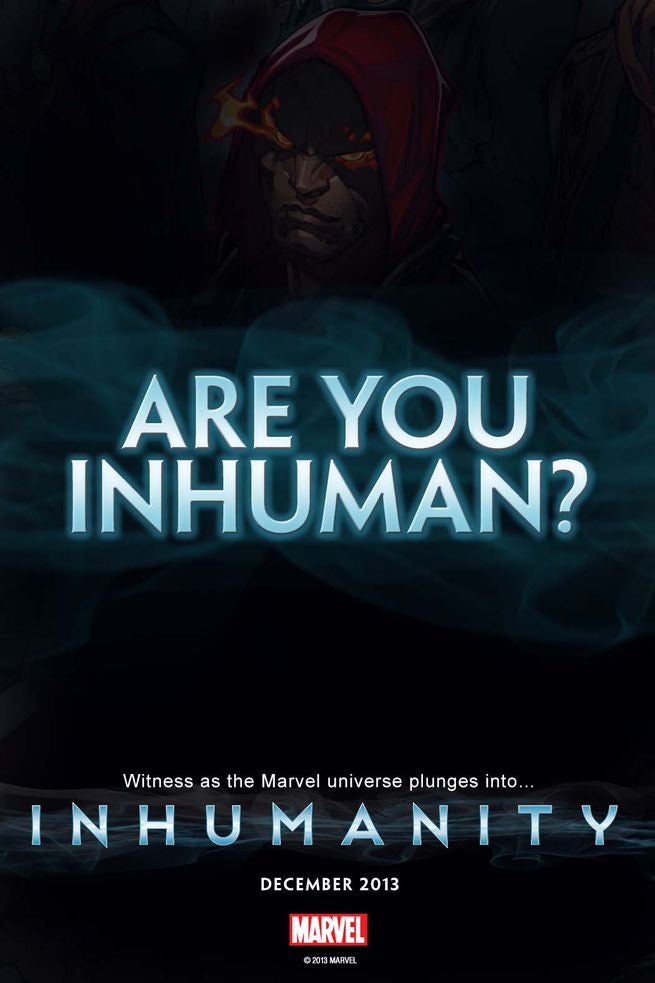 Still, Diesel himself has a history of being pretty open with fans, and has frequently pointed Marvelites in the right direction, from admitting he was talking with them to posting images of Groot before that deal was officially announced.

Back in August, Vin Diesel posted an image of Groot to his Facebook page, along with the text, "Vin and Marvel... you all made it happen! I get the strange feeling that Marvel thinks I'm Inhuman... Haha."

The film is targeted for a 2018 release date, a year after Guardians of the Galaxy 2. When Vin Diesel first announced he was in talks with Marvel Studios, there was much fan speculation that he could be up for the role of Black Bolt in an Inhumans movie.

While Marvel typically doesn't use the same actors for multiple roles, it's been known to happen from time to time. Paul Bettany will play The Vision as well as returning as the voice of Tony Stark's J.A.R.V.I.S. AI in Avengers: Age of Ultron, although those two things appear to be connected.

It's worth noting that Groot is just a voice acting job for Diesel. The character doesn't particularly resemble the actor, and he doesn't do any of the on-set physical acting for Groot, and isn't expected to in the future, as director James Gunn told us.

"Groot, I mocapped myself and tried mocap tests with...[he] doesn't really work great, either," Gunn said. "He doesn't really move like a human being so there is no such thing as mocap, it's motion reference. And as far as I'm concerned, the team of Bradley Cooper and Sean Gunn as Rocket works extraordinarily well and that's going to be the team that will continue to be Rocket. For Groot, it's a little bit different because Groot really is created in post to some extent, so it's a different story. You definitely won't see mocap. We motion referenced everything we did."

Since the character of Black Bolt doesn't speak, Diesel could potentially be acting in two major roles for Marvel: one that's voice only and one that's everything but. That should avert any issues Marvel would have, assuming that they want to make it work, which was what Bettany said was the deciding factor in their making an exception for him in Avengers 2.

Guardians of the Galaxy 2 would likely be limited to a couple of weeks at most of voicework given Groot's limited vocabulary, so it also wouldn't be unreasonable for him to appear in both the Guardians of Galaxy sequel and a new Inhumans movie within about a year of each other.

The Inhumans have been playing a major role in this season of Marvel's Agents of S.H.I.E.L.D., of course, with both Skye and (some suspect) Raina revealed to be characters from Inhuman comics.