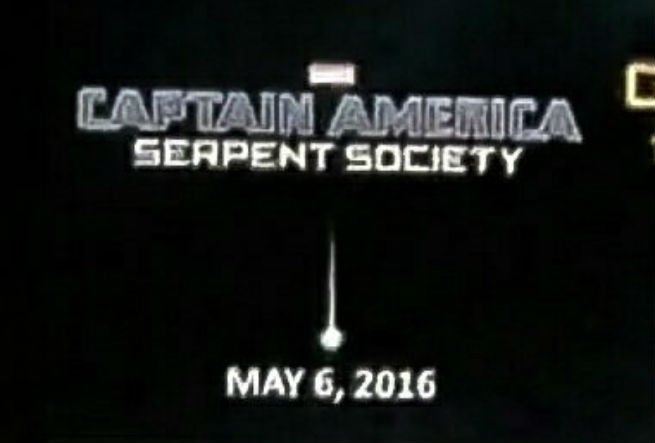 There seems to be some confusion about just what happened today when Marvel Studios announced the title of their upcoming, third Captain America film.

At the start of their announcement slate, every fan on the Internet was waiting for the announcement that the film would be called Civil War. The rumors had recently leaked and, as we saw with the Age of Ultron trailer over the weekend, Marvel is having some trouble keeping their ship watertight, so people assumed the stories to be true.

Kevin Feige stepped onto the stage and threw everyone for loop, announcing that in May of 2016, fans would be treated to Captain America: Serpent Society.

Except, of course, that it didn't happen. Marvel would later reverse the announcement, saying that, yes, it was Captain America: Civil War.

Of course, with hundreds of people liveblogging the presentation, there was bound to be some confusion.

"We had this great idea because Civil War's first up, right?" Feige told reporters at a Q&A after the presentation. "But we don't blow our wad on the presentation with Civil War right at the front of it. A guy named Mike Pasciullo had the idea to put Serpent Society on there, and I thought it was awesome and hilarious. A part of me thought, 'Are people going to love Serpent Society and think that'd be really cool?'"

What Was With Captain America: Serpent Society?

Vision Ultron Getting Twitter Emoji Ahead Of What If?

Kevin Smith Reviews Marvel's What If: "Everything That I Hoped That Series Would Be"