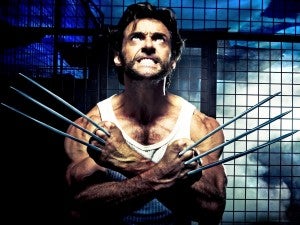 Buildup for X-Men Origins: Wolverine probably started with the first X-Men film, long before any official plans were announced a few years ago. After seeing Hugh Jackman's convincing portrayal of the widely popular Marvel loner, who could blame people for wanting a film centered around this enigmatic figure with the adamantium claws? All the trailers promising appearances by several major and supporting characters in the X-Men universe has led up to May 1, 2009, Wolverine's official release date. That being said, how does it perform?

The film starts out with some nice momentum, establishing, briefly, the true relationship between the men who would become Wolverine and Sabretooth, showing that they've known each other ever since the mid 1840's. We go from that scene to one close to present day, via a nice montage of James (later Logan) and Victor Creed, the men mentioned above for those who don't know, fighting their way through wars from the Civil War up to Vietnam. After surviving a firing squad in that last war, the inseparable duo find themselves recruited for their talents, mostly their healing factors and claws, by William Stryker, who promises them quite a ride and plenty of adventure.

Quickly after that, the men are joined by some fellow colorful characters, such as Wade Wilson (known to most as Deadpool), Agent Zero, Bolt, Fred Dukes (Blob), and John Wraith, all of whom are mutants like James and Victor.

The casting for these supporting characters is solid, especially will.i.am as Wraith. Reynolds is also just darkly comedic enough for the role of the "merc with a mouth" and Daniel Henney is particularly steely as the precise killer Agent Zero. This group finds themselves on a mission in Nigeria, and each member of the group gets their moment to shine in battle against another crew of men, who have something Stryker is searching for.

An odd turn occurs shortly after this scene, with James deciding that he's had enough of the blood and mayhem circuit. We really hadn't seen much indication that he was growing tired of this before now, so it's an odd character change at this early point in the movie, but it's a necessary transition for the next phase of storytelling.

After leaving for a quiet life as a logger in the wilderness living with girlfriend Kayla Silverfox, perfectly embodied by actress Lynn Collins. Jackman and Collins have good enough chemistry to make their relationship believable; even their discomfort is convincing when Stryker comes looking for James, informing him that Victor is hunting down the former team members in order to kill them. Kayla falls in the crosshairs of this plan, and James sets out to get his revenge on Victor.

A recurring element of this film is the fights between James (Logan) and Victor. They're mostly well done, but not as intense and "wow"-inducing as you might expect from two men with claws and powerful healing factors. The intensity of the battle is written on the men's faces, but the actions are not as developed as they could be.

Stryker approaches Logan with a plan to bond adamantium, an unbreakable metal and what they were looking for in Africa years earlier, to his skeleton in order for him to get his revenge on Victor. Stryker's true reasons are revealed, aloud no less, and let's say they are less than genuine where Logan, now calling himself Wolverine, is concerned. Wolverine, called Weapon X by Stryker, goes on a naked rampage in his escape from the facility, swearing revenge on Stryker and Creed now for the wrongs they've committed against him.

The majority of the rest of the film consists of Logan not only trying to avoid the attacks on him from Victor and Stryker, but also seeking a way to get his revenge on these two men as swiftly as possible. The action sequences that follow offer a few surprises, but nothing too spectacular, especially since the previous X-Men films helped to set the bar at a certain level for any other films that came after them in this series.

The latter parts of the film also begin to introduce other mutants who will factor into the X-Men universe in the coming years, such as Cyclops and Emma Frost, both of whom seem wholly unnecessary in this film, as their use mainly as a minor plot point is in contrast to how much they are featured in several trailers. The appearance of the mutant Gambit does add some great effects and elements to the film, and Tyler Kitsch is very convincing as this Cajun rogue. His presence in the film makes more sense than the ones mentioned earlier.

Wolverine's final confrontation with Stryker and his minions at Three Mile Island, the facility Stryker is using to carry out his work, feels clich d and a bit like you've reached the "boss" of the game, especially when that boss is revealed here. Even the final battle isn't very engaging, as we're not as invested in the character battling Wolverine as we should be for a final scene.

The film ends with some wide-open loose ends, which is as it should be, considering this is a "prequel" of sorts to the X-Men trilogy. The performances overall are well done, particularly Liev Schreiber as Victor Creed. He straddles the line perfectly between seriously menacing and darkly comedic in tone to portray Wolverine's eternal nemesis.

So with all of these things working in the film's favor, why did I walk away feeling like this film fell short?

Mostly this is due to parts of the film, specifically several of the action and special effects sequences feeling very ordinary and underwhelming. Wolverine's adamantium claws look very fake in a few scenes, which is distracting on its own. So many parts of this film seemed unnecessary, specifically the kitchen sink approach to including as many appearances and cameos as possible from future X-Men characters, and let me not forget to mention how wasted Dominic Monaghan is in this film as Bolt, a mutant with the ability to manipulate electricity. The "extra ending" after the credits is also a waste of time, as it really adds nothing to the film.

I didn't go into this film as a comic book purist, but just as a film goer. Obviously things were going to be changed from the comics for the big screen, but what's missing overall is the true heart and depth needed to explain Wolverine's origin and place with his past. Too many characters and distractions get in the way of the true storytelling. After the film I asked several people what they thought, and most shared similar reactions.

Many found Gambit's inclusion and use to be well done while others were disappointed in the amount of screen time Wade Wilson/Deadpool received. Several people expressed the idea that the film was ok, but no one, save one or two, were truly blown away by it.

While the film is sure to go on to be a blockbuster, the actual content of the film seemed shallow as a whole. The film serves as a perfect example of how having too many options and paths to follow when telling a character's story can sometimes be very limiting.