Of all the live-action films in the series, 2016's Teenage Mutant Ninja Turtles: Out of the Shadows is the first one that really felt as though it brought the original '90s cartoon to life on the big screen. It was colorful, fun, and included a lot fan-favorite characters such as Krang, Bebop, Rocksteady, Casey Jones, and Baxter Stockman, as well as an awesome Turtle Van.

A Turtle Van did indeed make a brief appearance at the end of the 2014 film, but a much more tricked-out Turtle Van (disguised as a sanitation vehicle) was showcased in Out of the Shadows. Early on the film, you get to see it when the Foot Clan tried to free Shredder from a prison transport vehicle.

Their upgraded vehicle incorporates the elements of each of the brothers. For the fun-loving Michelangelo, he can shoot manhole covers out its grill or swing oversized nunchucks from the comfort of a chair installed in the middle of the van—which can also travel upward through a retractrable roof. When Raphael needs to vent some frustration, he can use a punching bag or the other excercise equipment. For the tech-savvy Donatello, he can observe what's going on with TVs and monitors. As for the stoic Leonardo, I guess he can take a nap on the couch or loosen up with an arcade game or grab an Orange Crush from the soda machine.

Today, I have for you some amazing Turtle Van concept art that was created by profesional conceptual artist: Court Chu (Doctor Strange) and Joshua Min (American Horror Story).

"Here's my concept art for the van in TMNT2," Chu wrote. "I believe they gave me this van and already had ideas of stuff coming out of it, and just said to come up with more stuff."

Raphael, Leonardo, Donatello, and Michelangelo are back to battle bigger, badder villains, alongside April O'Neil and a newcomer: the hockey-masked vigilante Casey Jones. After supervillain Shredder escapes custody, he joins forces with two dimwitted henchmen, Bebop and Rocksteady, to unleash a diabolical plan to take over the world. As the Turtles prepare to take on Shredder and his new crew, they find themselves facing an even greater threat with similar intentions: the notorious Krang. 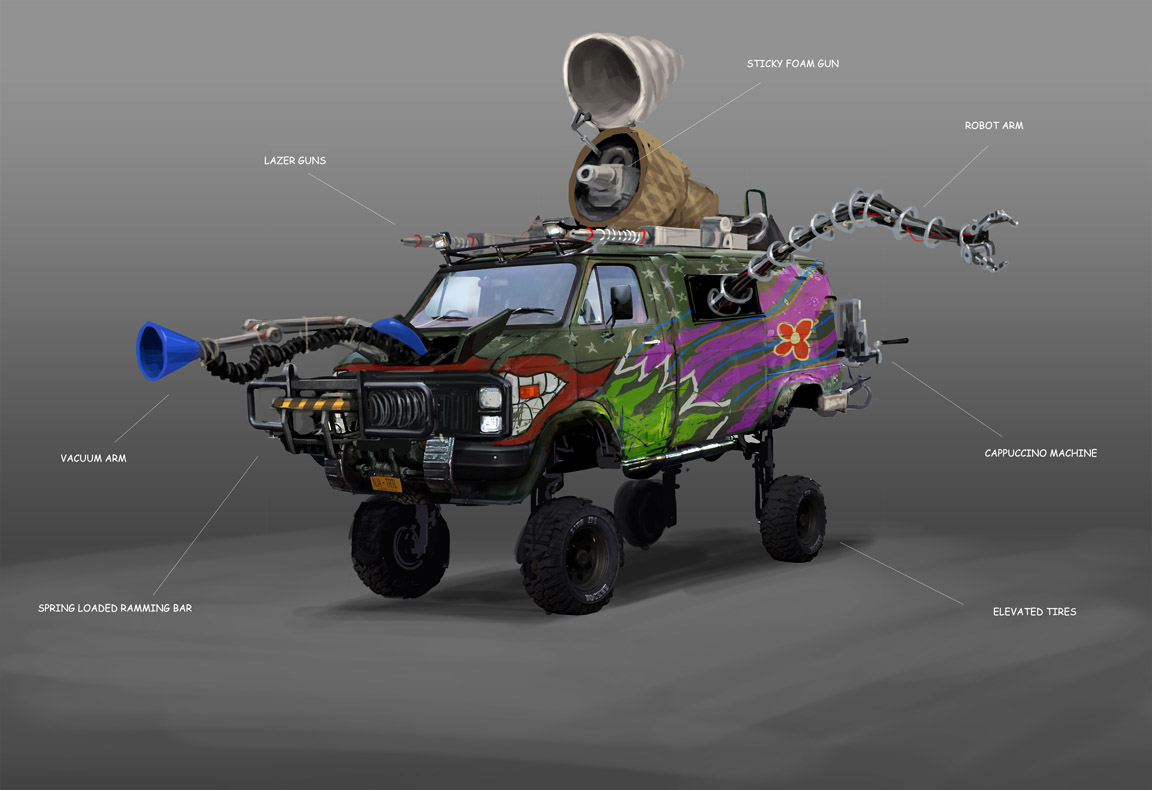 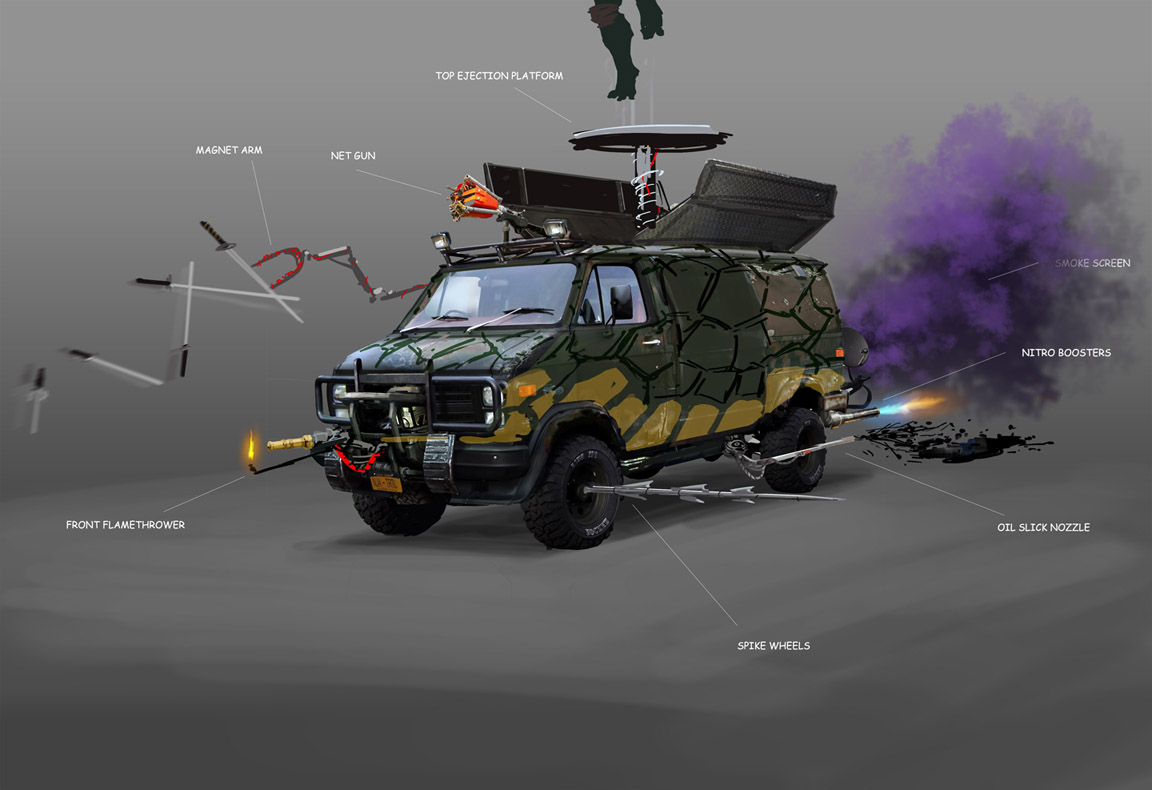 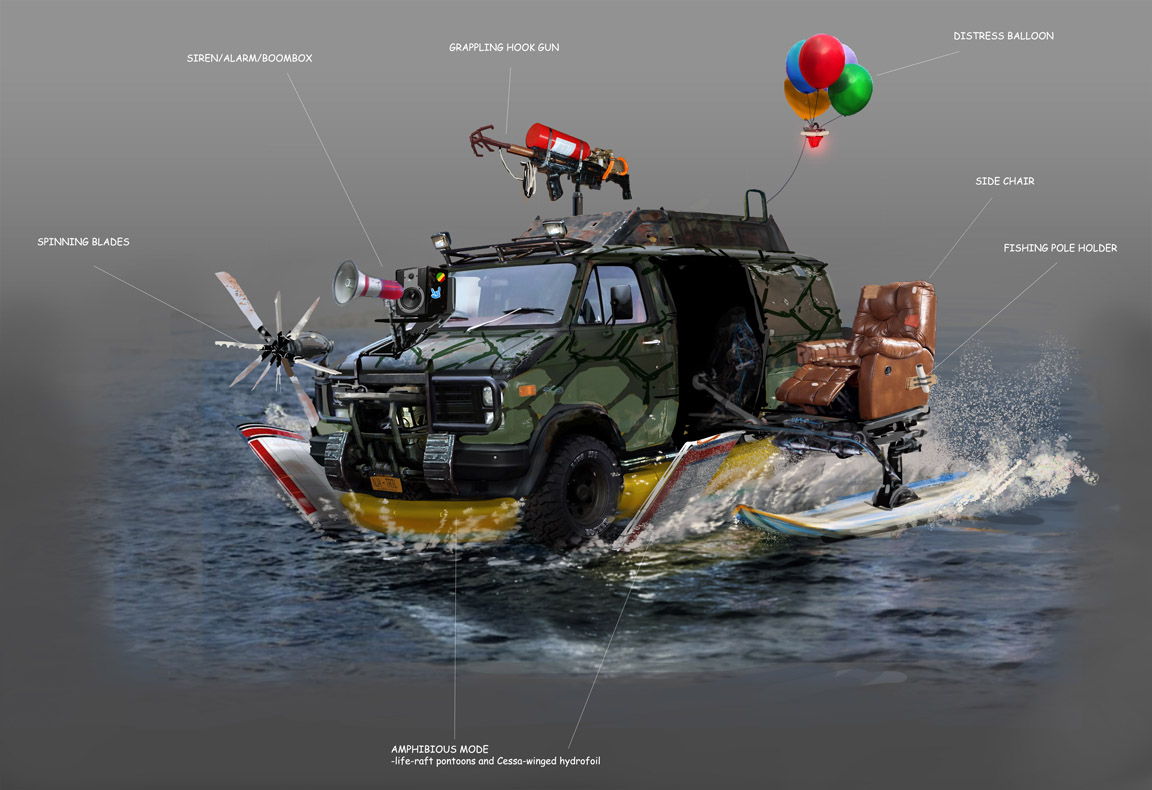 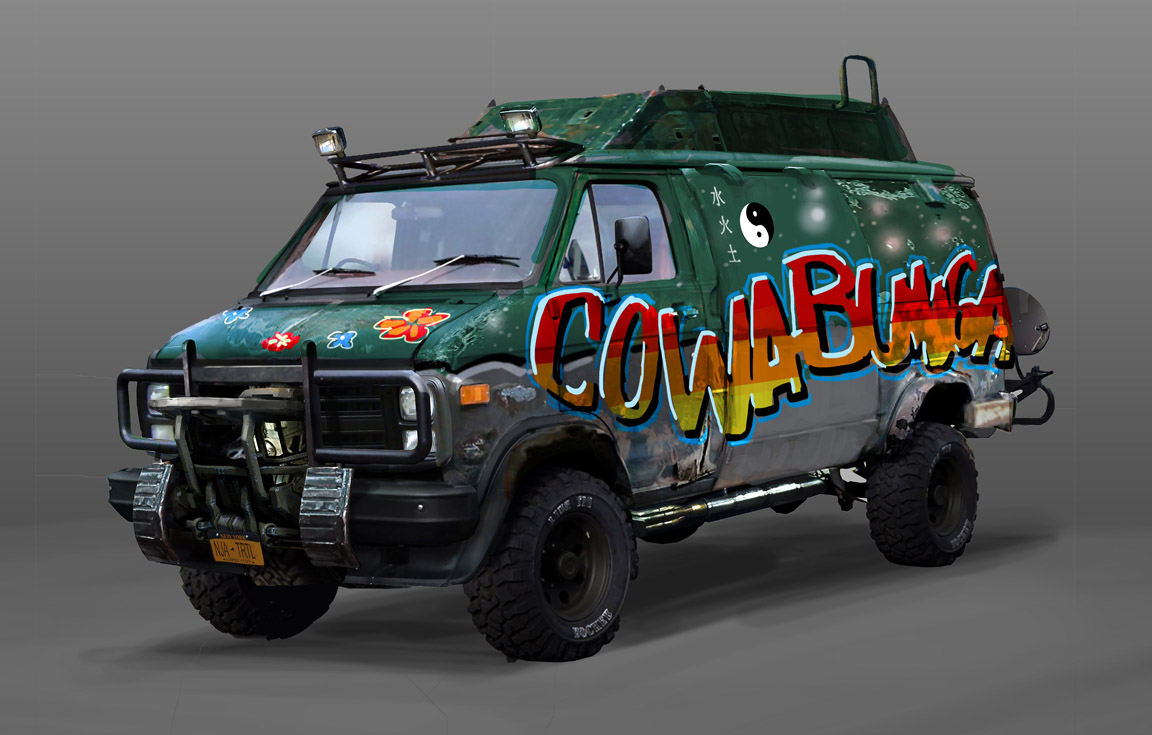 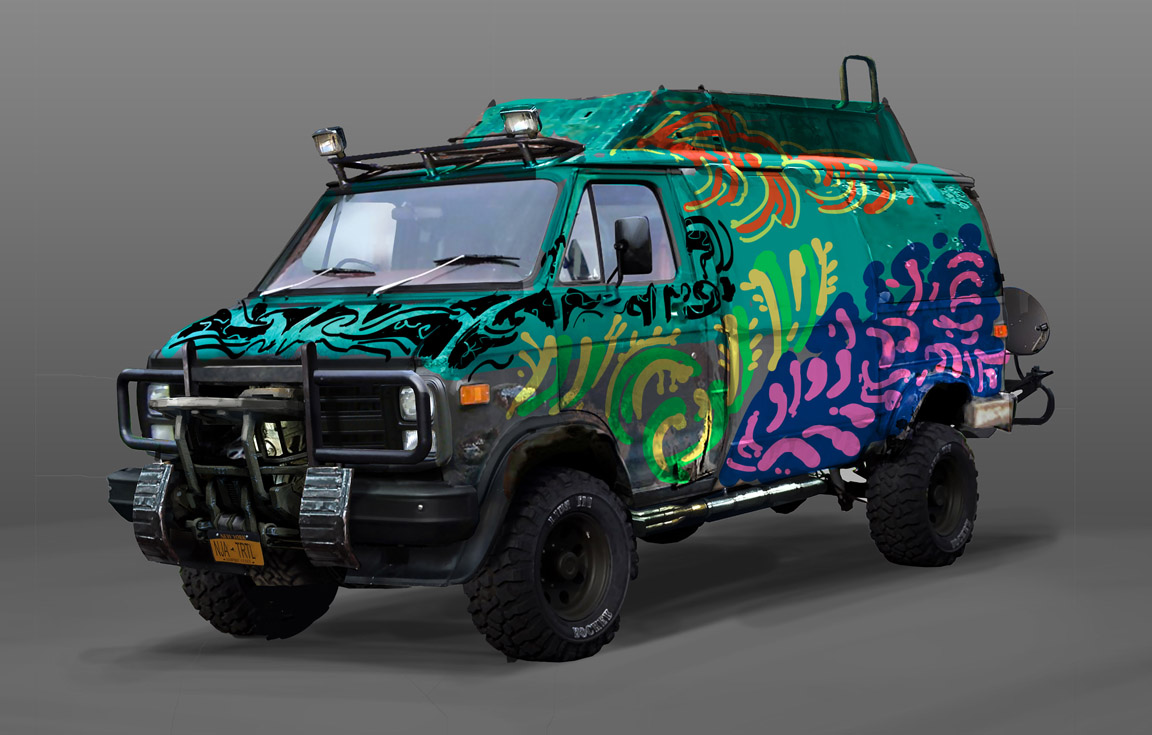 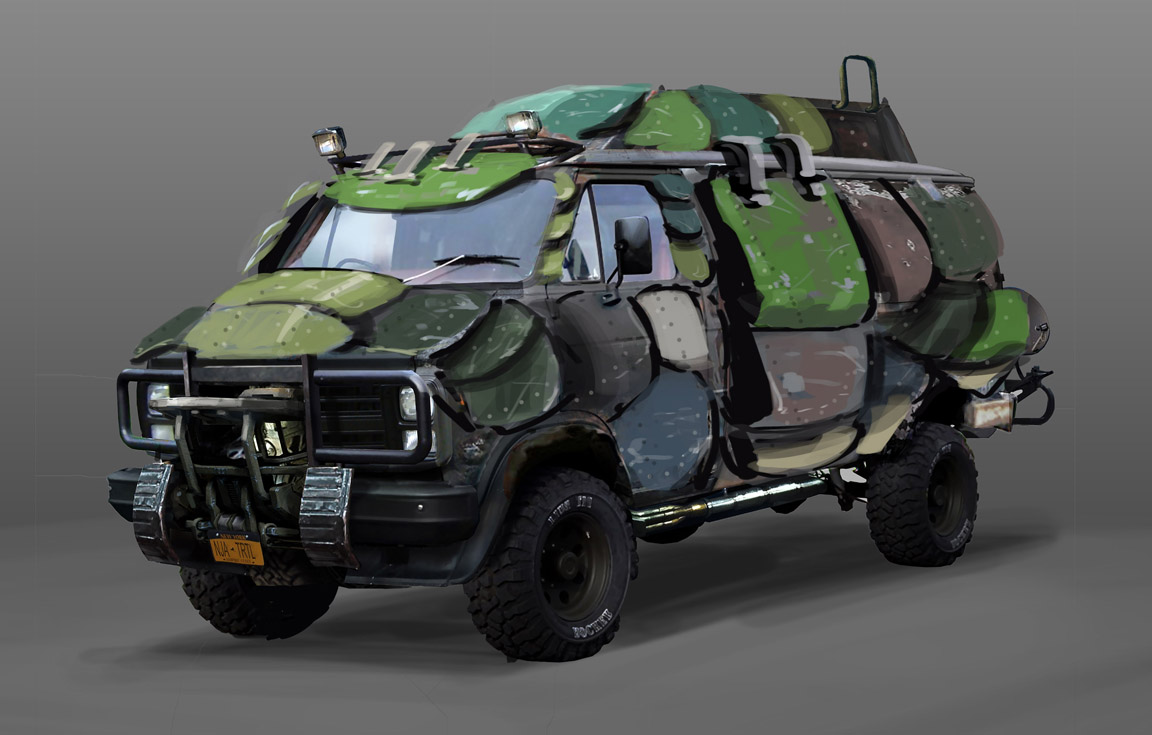 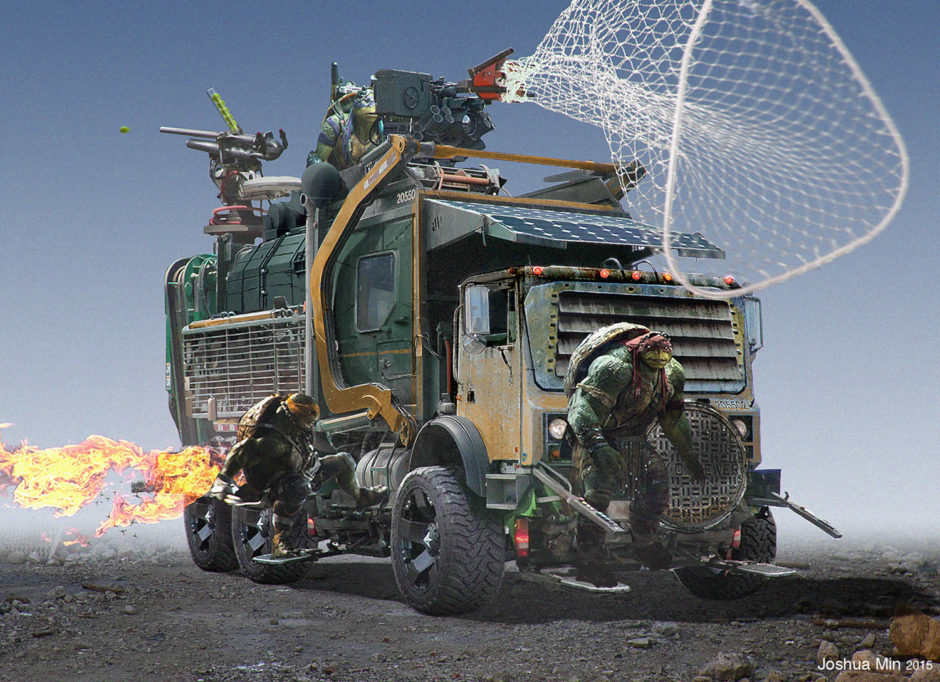 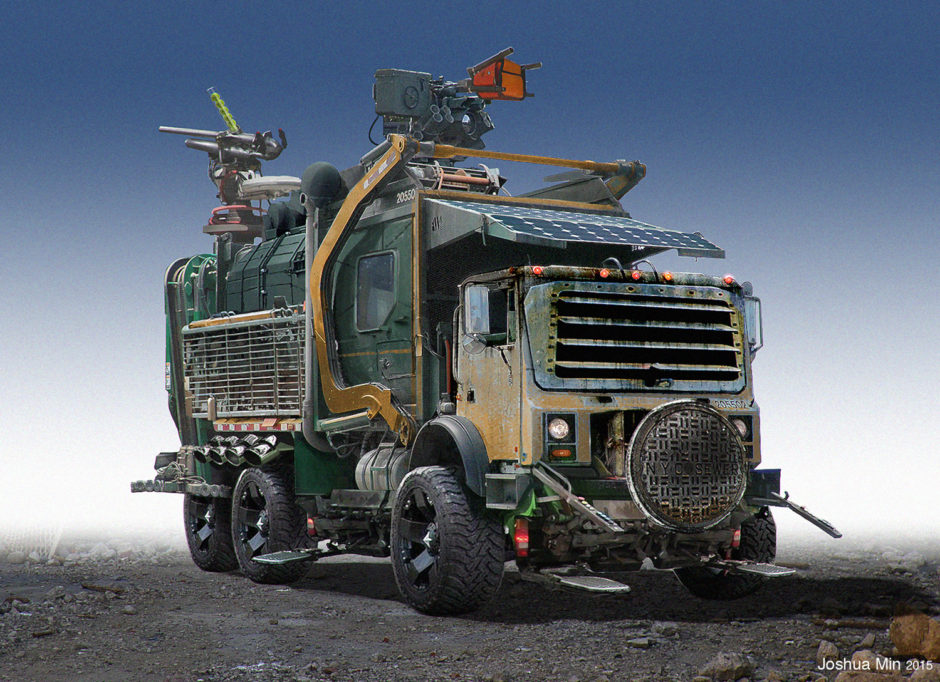 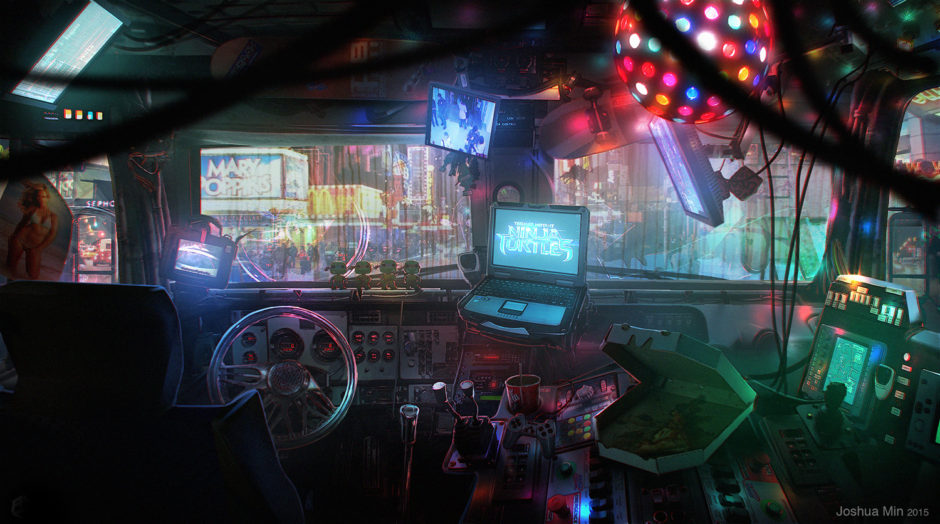 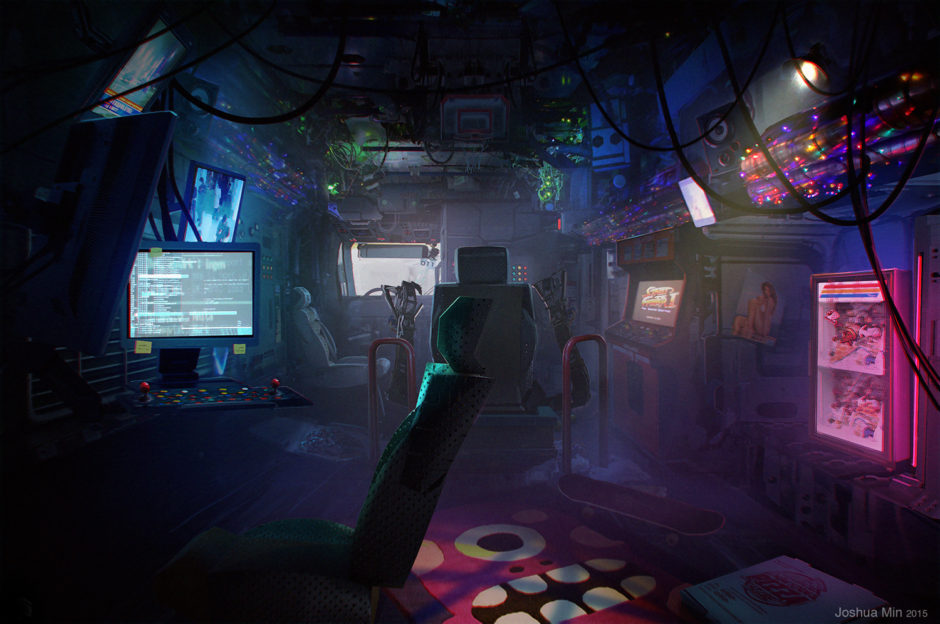 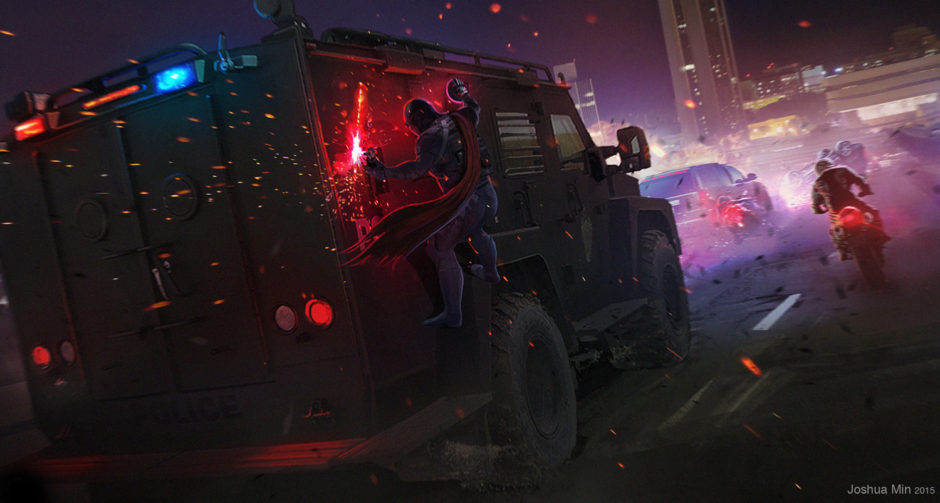 Alternate Turtle Van Designs for Teenage Mutant Ninja Turtles: Out of the Shadows