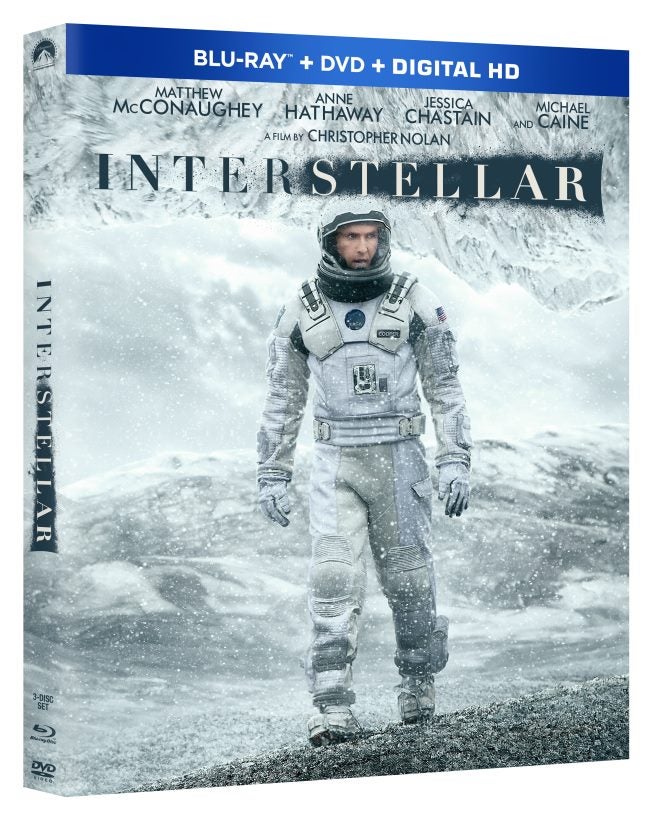 Warner Bros. has announced that Christopher Nolan's Interstellar will be released on Blu-ray March 31, and on digital HD two weeks prior, on March 17.

Interstellar -which tells the story of astronauts using physics to travel into space in search of a new home, while their loved ones try to survive on a dying earth – was nominated for Academy Awards for Best Visual Effects, Best Production Design, Best Sound Mixing, Best Sound Editing and Best Original Score. The film stars Matthew McConaughey, Anne Hathaway, Michael Caine, Jessica Chastain, and John Lithgow.

The Blu-ray release will include over three hours of bonus content, including an extended cut of "The Science of Interstellar." A full special features listing can be found below:

The Blu-ray Combo Pack available for purchase includes a Digital Version of the film that can be accessed through UltraViolet™, a way to collect, access and enjoy movies. With UltraViolet, consumers can add movies to their digital collection in the cloud, and then stream or download them—reliably and securely—to a variety of devices.