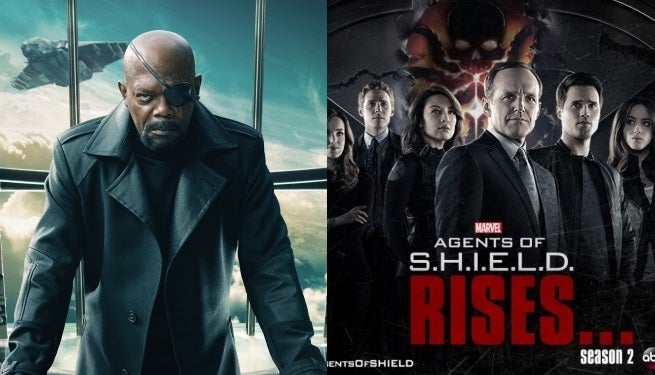 Agents of S.H.I.E.L.D.'s Clark Gregg was a guest on last night's episode of Jimmy Kimmel Live. On the show, he talked to Kimmel about what it's being a part of a show that's plot is heavily influenced by the events that transpire in movies.

Gregg relayed that the cast of show didn't know about last season's big reveal – the S.H.I.E.L.D. had been infiltrated and corrupted by Hydra – until they all went to a sneak screening of Captain America: The Winter Soldier.

When the cast returned to work after the screening, they were given new scripts for the rest of the season that revealed the real story they were going to tell.

"Everyone read these pages and, halfway through, realized that one of our core members was an evil bastard from Hydra, and one by one everyone just kind of turned and looked at him and kind of moved a little bit away from poor Grant Ward."

Clark Gregg Says Agents Of S.H.I.E.L.D. Cast Learned About Their Fate From A Captain America: The Winter Soldier Screening