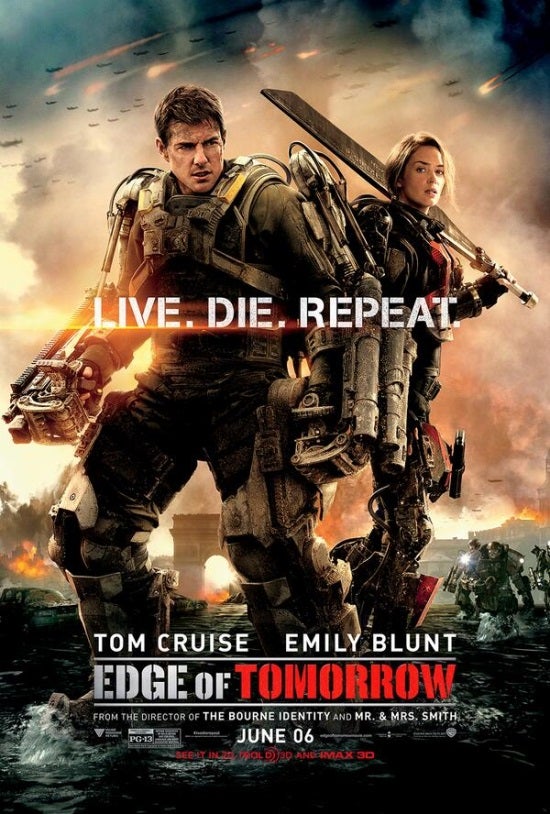 Warner Bros. has relased a 13-minute long exclusive look at Edge of Tomorrow onto the Apple Trailers website. Stars Tom Cruise and Emily blunt host the featurette, describing the film and introducing new footage. In Edge of Tomorrow, a soldier fighting in a war with aliens finds himself caught in a time loop of his last day in the battle, though he becomes better skilled along the way. The film is based on the Japanese light novel All You Need Is Kill by Hiroshi Sakurazaka. Edge of Tomorrow opens in theaters June 6.