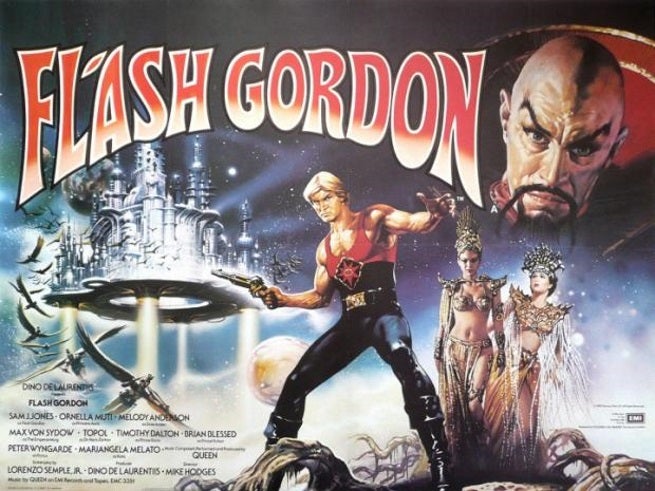 In 1980, Flash Gordon – the cult classic film adaptation of Alex Raymond's classic comic strip – released into theaters, with Sam J. Jones in the lead role. Twenty-five years later, Jones says that a sequel is in the works.

Jones tells Den of Geek that "Matthew Reilly, VP of production at Fox Studios, acquired the screenplay rights to Flash Gordon last year, and he hired [Predator/ Chronicle/ Man From U.N.C.L.E. producer] John Davis and his staff to write the script. They're looking to bring out a sequel actually. I met with Matt, we're in talks about that. I'm very excited. A lot of people over the years, including Stephen Sommers and Neil H Moritz, have acquired the screenplay rights, but for whatever reason they did not do a follow up on the option. So I'm very excited about it."

So would Jones want to reprise his role as Flash, or perhaps mentor a new hero? He says he's up for anything.

The heroic Flash Gordon is a football player who unexpectedly finds himself rocketing into outer space. Once he lands on the planet Mongo, he takes up the fight against the tyranny of Ming the Merciless.

Flash Gordon was a pretty campy film, even in its day, but its visual style has influenced many modern genre director, including Edgar Wright. It woud be interesting to see what a modern follow-up would look like.