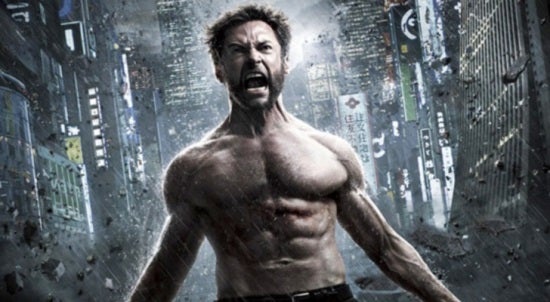 Given Wolverine's violent past and nature, the character would seem to lend himself to an R-rated film. Hugh Jackman would agree. In fact, the star who has played Wolverine for 14 years through seven different movies actually pitched the idea to 20th Century Fox and the studio was willing to go with it. In the end, Jackman has a change of heart. "They were open to it, actually," Jackman told MovieFone. "It didn't scare them off, as long as we have a good reason for it. I was the one to call it off. In a way, I would love to do it -- if there was ever a character that would necessitate an R-rated version. But I'm the one who, every day of my life, meets 12, 13, 14-year-olds. I see in their eyes how I used to feel about Indiana Jones. So for me to say, 'You know what, this next movie, it's not for you' -- I would have to have a really good reason for it. So we made the movie without a rating in mind, and the first cut, let me tell you, we had trouble. It was definitely R-rated. So in the end, we just snuck on the side of it, but that's why we released the unrated cut on Blu-ray." Jackman also spoke a bit about the vision Darren Aronofsky had of a scarred and muscly Wolverine before he dropped out of directing The Wolverine and James Mangold stepped in. "Darren was really impressed with what Jim did and said that he thought Jim did a better job than he could have done," said Jackman. "He was very complimentary to the work that Jim did. But there was one thing that he said to me that I can remember. He said to me, 'I don't think you've just got to be a little bit bigger. I think you've got to be fifty pounds bigger... and muscle-only.' He had a really cool idea about scars. He said, 'I want to see him completely scarred. I know he heals but if you think about it, we have a scar, we have a scar for life. It doesn't really get better. It might reduce over your lifetime but it also stays there.'" Hugh Jackman can next be seen playing Wolverine in X-Men: Days of Future Past, coming to theaters May 23.

Fox Was Open To R-Rated Wolverine Movie, But Hugh Jackman Called It Off